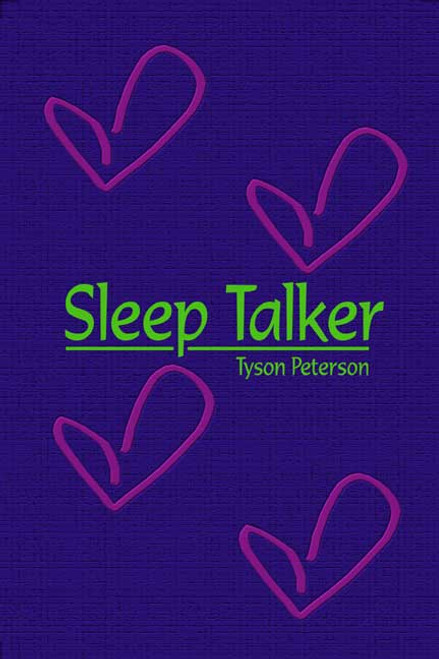 by Tyson Peterson After he ended his relationship with Kelly, Miles Hansen didnt know if he would ever love again. Two years had passed and not a single girl had come into his life, until one fateful day. Sammy Petersen is just another girl Miles works with at Wendys, but slowly she and Miles become the best of friends. He loves spending time with her and soon thinks she could be the one. Only there is one problem: she has a serious boyfriend and is not about to give him up. In Sleep Talker, we follow the relationship that grows between Miles and Sammy the ups and downs and tears. Miles wants desperately to be with Sammy, but Sammy is still in love with Rick, her boyfriend. For Miles, however, it is a double-edged sword because the longer he stays friends with Sammy, the more he realizes just what hell miss in the future. Ultimately Miles is faced with either living without Sammy or fighting for her love. ABOUT THE AUTHOR Tyson Peterson was born April 4, 1982, in Provo, Utah. He has lived in Utah all his life and is currently living in Springville, Utah. Writing really became a passion for him when he took creative writing his senior year of high school. His teacher, Mrs. Burr, really taught him to love writing. He graduated from Springville High School in 2000. After high school, Tyson took a writing course from The Institute of Childrens Literature, from where he received a certificate. Tyson is currently a student at the Utah Valley State College, where he is studying business management. He has also taken many writing courses there and has written for the college paper, NetXNews. Tyson continues to receive inspiration from daily life to write his stories. (2007, paperback, 220 pages) Availability: Usually ships in 2-3 business days.
×

Skirmishes and Struggles of the Dalton Family - eBook