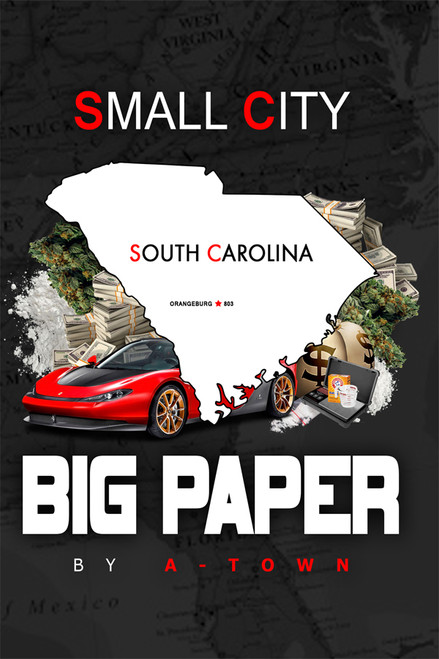 Avery Haigler aka A-Town better known as Mr. 803 was born and raised in Orangeburg, South Carolina. Growing up in the poverty stricken part of the city led Avery to a life of crime at a very young age. With his first arrest coming at the age of 9 years old. Always wanting more and having street savvy with book smarts to match led to a career criminal in the making. In and out of juvenile detention, jail and prison from the age of 10 up until his final arrest at the age of 26 that landed him in federal prison with a 10 year sentence for drug conspiracy and money laundering.

Avery went from petty criminal to one of the largest drug dealers in his city during his era. From basically having nothing to becoming a millionaire off the drug trade all while in a small city knows as Orangeburg. While incarcerated in the Federal Prison, Avery read numerous urban novels that depicted the drug scenes in major cities. He then realized that while he was from a small city, the drug scene in Orangeburg was on a major level like in bigger cities, which let him to writing this book. Letting readers know that even though Orangeburg is a small city, it’s some Big Paper (serious money) being made there.

Since his release from federal prison in March of 2017, Avery has been working a regular 9 to 5 job and enjoying life spending time with his family and 7 beautiful kids. Also, he has a promotion company called ‘I Ain’t Press Entertainment’, in which he promotes parties, events and local artists. He is also investing into real estate with hopes of having 10 rental properties by his 40th birthday.