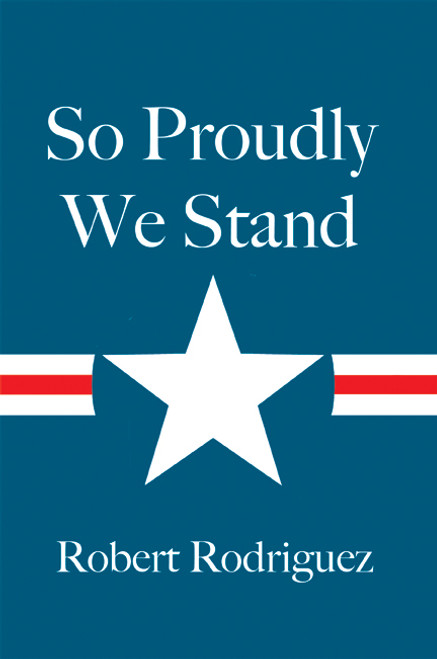 By Robert Rodriguez Jonathan Von Vollenbergh II witnessed his fathers death on the USS Arizona on December 7, 1941. After finishing high school, he enlisted in the naval academy and achieved pilot wings. A career in the military allowed him to participate in every conflict through Vietnam. After surviving the many horrors of war, his only desire was tranquility. The tribulations of error remain and now he is faced with another disaster at the World Trade Center on September 11, 2001. Though So Proudly We Stand is a fictional novel, some facts in this story remain quite true. The character names have been changed to protect their names and familys innocence. About the Author Robert Rodriguez was born in Gonzales, Texas, on April 23, 1948. He lived in Austin from age seven until he graduated from Albert Sidney Johnston High School. At nineteen, he joined the U. S. Army and served in the Vietnam War from December 1968 to January 1970. While in Vietnam, he acquired a Bronze Star with a V devise and three Purple Hearts. Presently Mr. Rodriguez lives in San Antonio, Texas, with his wife. He is a disabled Vietnam-Era veteran who retired at the age of fifty-five. So Proudly We Stand is his first published book. (2004, paperback, 42 pages) Availability: Usually ships in 2-3 business days.
×