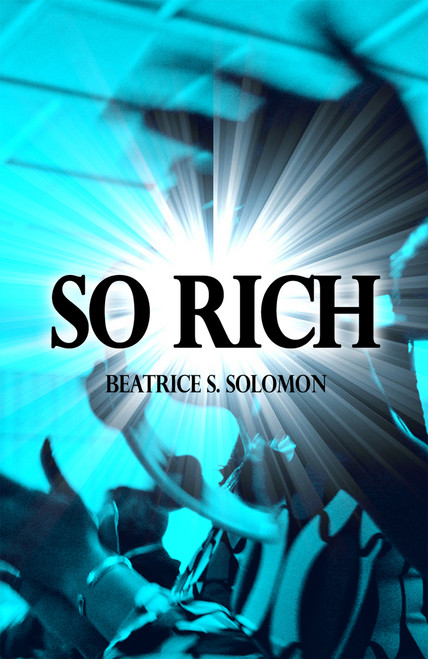 So Rich
by Beatrice S. Solomon

This book is meant to encourage people and to let them know, no matter what they are going through, there is nothing too hard for God. Poems like Think No More About It, Lets Kneel, and Its a Simple Thing, let the reader know that they can come to God in prayer, no matter what the situation is.

Some of Beatrice Solomons poems show the reader the reality of life. Poems like They Live and They Die, Some People, and We Dont Know, are proverbial. Hopefully, these poems will cause the reader to think about their own life and encourage them to have a close relationship with God.

About the Author: Beatrice S. Solomon was born and raised in Baltimore, Maryland. She spent eleven years in a foster home and one of her poems is dedicated to her foster mother. She reunited with her family at the age of sixteen. With one of her brothers she found and joined a non-denominational church where she gained insight and interest in the Holy Bible.

It was there, at the Great Church of Deliverance, when she found faith in God and in the Bible. She was an usher, devotional leader, and editor of a monthly newsletter for the church.

Beatrice was married at the age of nineteen and now has one son. In 1985 she was diagnosed with schizophrenia and was committed to an institution for 30 days. Poems like The Test of Time and No One were inspired by her experiences in the institution.

Beatrice received her Associate of Arts degree in General Studies from Baltimore City Community College in 2012.

Beatrice enjoys traveling and has lived in Sacramento, California and Dallas, Texas. She also loves talking on the phone, receiving mail, and writing in her journal.

Slowly Unwinding or Rag Doll: Life Can Be Fun After 80 by Alease Allen Thomas

Songs for the Industrial Womb