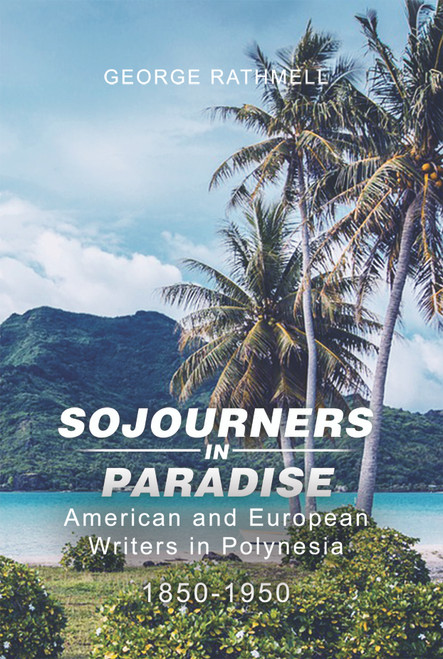 Imagine a place where no one has to work, where food and other necessities were plentiful and easily accessible, where people spent their days fishing, swimming, bathing, and celebrating the beauty of their environment and ideal weather. This was mid-nineteenth century Polynesia, the place Herman Melville discovered when he jumped ship in 1842 in the Marquesas Islands.

Well before Melville even began to conceive the idea of Moby Dick, he wrote Typee and Omoo, unveiling to the world the secrets of the Eden in Polynesia. He was followed by other famous authors over the next one hundred years, each one chronicling the evolution of attitudes toward the Polynesians and their customs as they underwent changes due to the influence of Western society.

Sojourners in Paradise presents eleven American and European authors who describe their experiences in Polynesia’s development from a primitive culture toward civilization, bringing forth improvement and disaster to its people. In this book, acquaint or reacquaint yourself with these authors and review the major events in Polynesian history.

George Rathmell holds a bachelor’s degree in English literature from the University of California at Berkeley and a master’s degree in education from California State University at San Francisco. His forty years of professional experience has covered a range of levels from elementary school to university teaching. Throughout his career, he has published in The Californians, Coast and Valley, Traveler’s Tales, and over sixty articles in The Nob Hill Gazette. His previous books include Bench Marks in Reading, Realms of Gold: The Colorful Writers of San Francisco 1850 – 1950, A Passport to Hell: The Mystery of Richard Realf, The Pickle Girl: A Novel of San Francisco, and Fiddlehead Tales.

Sojourners in Paradise: American and European Writers in Polynesia 1850-1950 - eBook

Faith Over Fear: The Life and Sentence of Yolanda Diamond

Parents, Teachers, and Governors, I Am Afraid to Tell You...