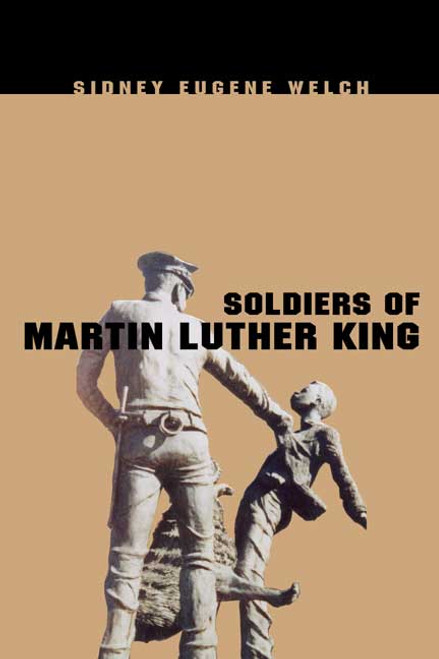 by Dr. Sidney Eugene Welch Soldiers of Martin Luther King reveals Civil Rights era secrets, information, and thinking to which Caucasoid reporters and book writers were never allowed access. See Dr. King paralyzed with fear. Get a cryptic message about peoples sex lives. Get surprising new information about Gov. George Wallace and Bull Connor. Get new, traceable insight into Dr. Kings death, and see how Wallace tried to save Kings life. Ponder the puzzle of his brothers curious death. Read the secret battle oath of black soldiers and Marines. Read what it meant to be a Negroid fifty-five years ago. Experience segregation in your face! See intrigue, dissention, and heroism inside a major civil rights campaign. Read how famous rich white Republicans money rescued King and the Civil Rights Movement at a critical juncture. Read the full, exact, personal, mid-October 1963 warning from East-bloc European military-intelligence that John Kennedy would be assassinated, with intent, in Texas by the same people who murdered four school girls in Sixteenth St. Baptist. ABOUT THE AUTHOR A native of Birmingham, Dr. Welch attended college in Montgomery and served with the NATTC and the Marines and the Black Sheep Squadron 214. In 1954 he helped in planning the then upcoming 1955 Montgomery Bus Boycott. As a confidant of this, he ordered Dr. King to open the pivotal 1963 Civil Rights struggle in Birmingham and stood face to face with the fire hoses and attack dogs in Kelly Ingram Park. (2007, paperback, 118 pages) Availability: Usually ships in 2-3 business days.
×

Memoirs of a Kid from Philly - eBook

Memoirs of a Kid from Philly