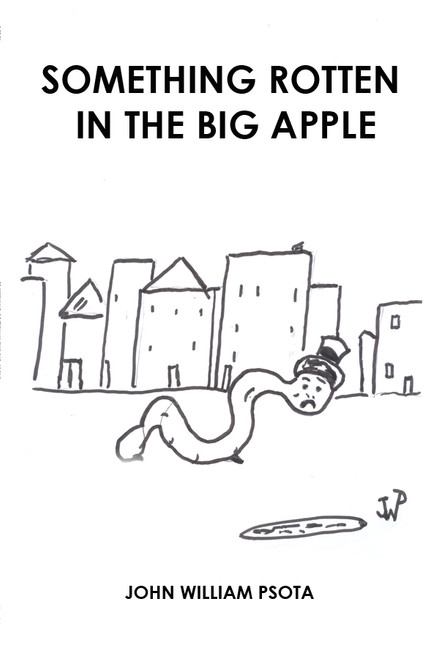 Something Rotten in the Big Apple
by John Psota

Anne Metz wants to follow her dream of becoming a successful actress when she meets Winston Fletcher. He is charismatic, she falls in love with him because of his promises and how he introduces her to a life in New York City. He continues to manipulate Annes career, after they are married and Anne has a child.

A family emergency takes Anne back to her mid-western town, leaving her New York City life, which begins to spin out of control when her understudy steps in. But Anne has something else to worry about: a handsome lawyer she finds exceedingly attractive.

John William Psota was born in his family home on Long Island on December 23, 1923, the youngest of three brothers and two sisters. His father was a music professor and organized and conducted the first symphony on Long Island. After high school, Psota enlisted in the Army Air Force. He flew over Germany on 18 missions in a B-17 bomber. Returning home after the war, he started a taxi service, and listening to disc jockeys while driving decided it was for him. He went to radio school in New York and became DJ Johnny Williams. His career took him from the 50s to the 90s.

While working at a station in Haver de Grace, Maryland, he met his future wife Sylvia. They are the proud parents of John, David, and Josie. They have four grandsons.

Messages: A Little Something From Me