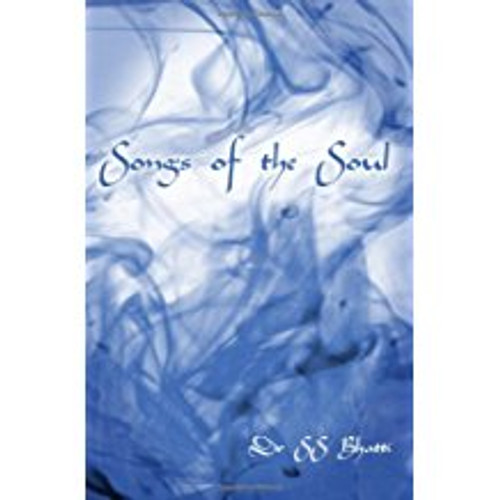 Songs of the Soul
by Dr SS Bhatti

Songs of the Soul is an anthology of 275 sonnets, the largest number ever published in English by a single poet. Interestingly, this prolific production was provoked by William Shakespeares 154 sonnets. This collection is enriched by generous doses of the spiritual and the metaphysical: two enviable endowments of the Eastern mind.

The reckless pursuit of Mammon has ignited in the minds of the peoples of the worldthe self-consuming fire of craving for more and more sensual thrills on the one hand and a restless yearning for a life of fulfilment truly becoming of the majesty of the Homo sapien species on the other.

There is a kindling of light in some sane hearts that money-mindedness ought to be abandoned in favour of mind-moneyedness. But not many know how this state can be attained. Songs of the Soul offers sacrament for those who are frantic about getting out of the cesspool of cultural debasement. It embodies both the clue and the corrective for the redemption of the soul by the sparkle of songs.

Dr SS Bhatti (b. 24 June 1938), based in Chandigarh, India, is an architect by training. He has retired as Principal of Chandigarh College of Architecture, which was established in 1961 at Le Corbusiers behest. Besides architecture, he pursues diverse disciplines: art, engineering, music, mysticism, philosophy, planning, conservation, environment, and many others. The Indian Express has nicknamed him Chandigarhs Mr. Versatility. A winner of national and international awards in several fields, he has written 4,000 poems of different genres in four languages, including English. His poetry has been published in newspapers and magazines, and he continues to present it in poetic symposia. The National Library of Poetry, U.S.A., published nine of his poems in two different volumes and conferred on him the Editors Choice Award.

Songs of the Soul is his second anthology; the first one, Psychic Shadows, was published in 1991. He holds three PhDs: in architecture, theology, and the Golden Temple, Amritsar. His Masters of Architecture (M. Arch.) pioneering research, done at The University of Queensland, Australia, has made Chandigarhs Rock Garden internationally known. The Smithsonian published his interview on this Outsider art in the mid-1980s.

Songs of Love and Life

Sound Off for Reading