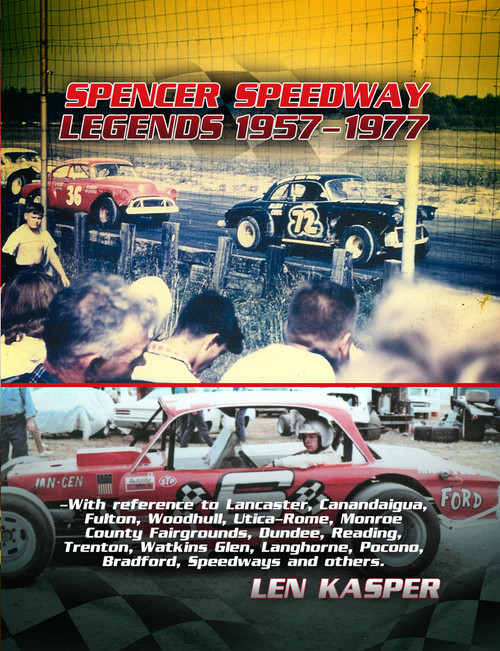 SPENCER SPEEDWAY LEGENDS 1957-1977 was written using notes and journals kept by the author, and it tells an in-depth chronology of a racetrack in a suburb of Rochester, New York, over a twenty-year period. The storyline follows the drivers, owners, promoters, officials, and race crews that made this incredible history possible. It includes a multitude of behind-the-scenes information and personal stories with rare photographs from the author and from the racing families themselves. For those who lived through the period, it is a nostalgic trip back in time. For others, it will be a compelling journey through time where local tracks were evolving from jalopy tracks to professional racing circuits, and their drivers rose to national prominence.

Len Kasper was born in Rochester, New York, in 1951. Growing up in the suburb of Greece, he enjoyed the farm life and took an interest in automobiles at a very early age after seeing his first stock car race at Spencer Speedway at age six. The track and stock car racing, as well as the competition, became a major part of his life. He attended college at Monroe Community College and Morrisville University, majoring in Business.

Len enjoys fishing, and he is a stamp collector and past president of the Philatelic Society of Lancaster County. Len and his family still attend several stock car races, as well as Spencer Speedway whenever they are in the Rochester area. Lens grandson, Lenny, at thirteen years old, has already voiced his intentions of being a future stock car racing competitor.