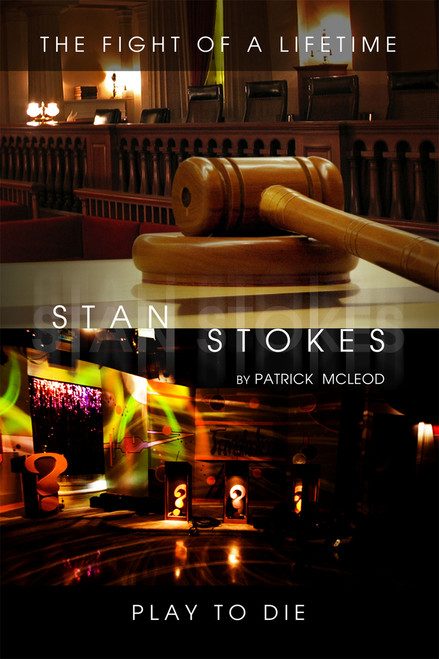 In The Fight of a Lifetime, Stan Stokes is a detective who finds himself on the other side of the law. When Stokes is accused of murder, his partner, Detective Drew, must find the real killer and clear Stokes of a crime that could cost him his life.

Play to Die takes place as a popular television game show films in Washington, D.C. When a contestant ends up dead, Stan Stokes and William Drew must uncover the motive for the crime and determine who wanted the contestant killed.

Patrick McLeod is a native of the state of Maryland. He graduated from the University of Maryland in College Park, MD, with a degree in English and now lives in Washington, D.C. He wrote this book with the belief that a story is only a thought until written. Stan Stokes is a character created based on personalities from classic detective shows, such as Columbo, Kojak, and The District. McLeod wrote Stan Stokes with the intent of having the reader become the character.

The Dance of a Lifetime

Broken Trust and a Lifetime of Disappointments

A Lifetime of Poetry

Spiritual Rebuilding of the Broken Woman

Spirits, Angels, Demons, and Gods: Experiences on the Road to the Heavens and to the Hells