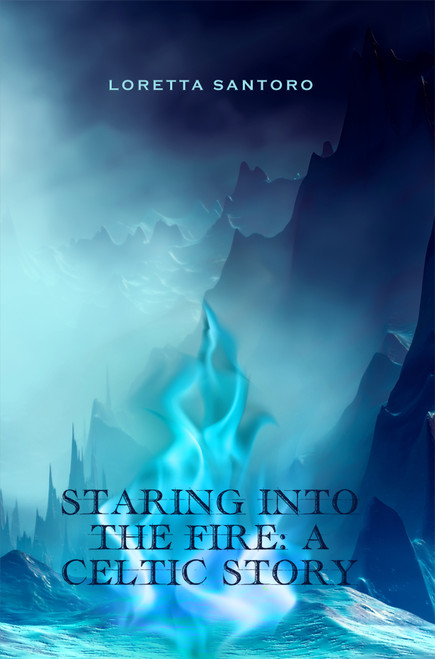 Staring Into the Fire: A Celtic Story

In the old days, before the ice, people talked to the spirits directly. In time, people narrowed their focus and forgot how to do that. There were few left who could do it—the truthsayers mostly, but even they had forgotten how to read the stones. So when it came to predicting the future, they couldn’t see very far. They did confirm that the rumors about an imminent invasion by the southern empire were true. How the people dealt with this news was up to each of them. Most would fight, of course, and those who wouldn’t or couldn’t hoped the invaders would treat them fairly.

Meelah would fight. As any warrior would. But she is also a widowed mother and the daughter of a truthsayer, conflicting duties with conflicting purposes. With a clash of cultures looming over her, she begins to question her ways and decide for herself what parts are worth saving. As she searches for the ultimate truth, she concludes that the best she can do is to find her own truth because, in the end, her own truth is all that she can take with her.

Loretta Santoro has had a lifelong interest in all things ancient toward understanding how we came to be where we are today. Of particular interest to her were the ancient Celts and she devoted years to studying those people and their ways, beliefs, and outright tenacity. The reader will find the old ways familiar on some level and that not much has changed in the great human drama except the names and places.

Santoro has been writing for others for years, including ghostwriting two books for private clients; authoring many technical documents as a computer programmer; and writing training materials for government program staff. Finally, she had the opportunity to write her own book and enthusiastically took on this challenge. She lives in Norwood, Massachusetts.

Staring Into The Fire: A Celtic Story - eBook

So You Want to Play College Baseball?