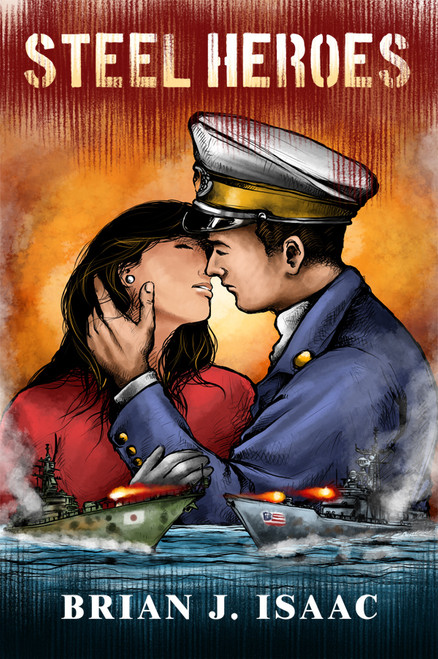 Steel Heroes is more than a book about men and ships during the great struggle of World War II. It is also about these mens loves and families.

You will meet handsome Lt. Commander Frank Butcher, the new commander of the new USS Destroyer Escort Kenneth B. Cutler, and his beautiful girlfriend, Lori Mary Johnson. You will also meet equally handsome bachelor and new second-in-command, Derrick Patterson, ever the playboy, and see how the lovely nurse JoAnn Cassidy wins his heart.

On the other side of the world, at a Japanese shipyard, is the new crew of the imperial Japanese Navys new destroyer, Akihirum. The crew celebrating their new ship is Lt. Samidio. He is a strong leader, but worried about how the war is going and worried about his family as his homeland is now in range of the dreaded B-29s. With him is his loyal friend, Acting Sub Lt. Kaneda, handsome, but nave, who is willing to die for his Emperor.

Brian Isaac was born and raised in Rochester, New York, and now resides in North Carolina. An only child, he used his imagination playing solider or Star Trek, often making toys instead of buying them. He loves reading about history, especially World War II. Brian loves cars, sports, reading, cooking, and helping others. He respects those who gave their all to keep the land Brian loves so much free.

Friends and Heroes It's Time to Shine