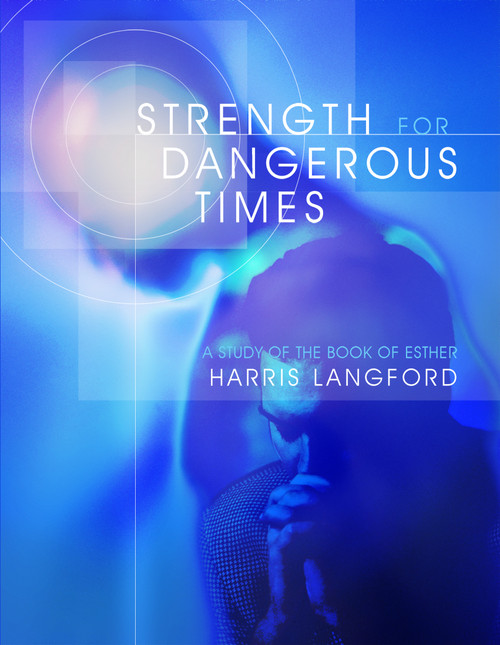 Strength for Dangerous Times describes in a fresh and biblically faithful way the events of the Old Testament book of Esther. In your study, youll find a troubled marriage, lost wars, a close family relationship, palace intrigue, murderous plots, lying, and a classic sting operation that turned the tables on a lethal adversary. This volume helps you acquire personal strength for such dangerous times as the ones we now confront.

Harris Langford is the author of Traps: A Probe of Those Strange New Cults and Hope In Hard Times, A Study of the Book of Ruth. He is a graduate of the University of Georgia School of Journalism and Reformed Theological Seminary of Jackson, Mississippi. As an ordained minister in the Presbyterian Church in America, he was an Army combat chaplain with the 25th Infantry Division in Southeast Asia, the 82nd Airborne Division, and the 16th Military Police Group, both at Fort Bragg, North Carolina. He was awarded two Bronze Stars for actions during combat operations as he carried the message of Jesus Christ to troops of the First Battalion, 27th Infantry, during the war in Vietnam.

He was Associate Coordinator of the Christian Education Committee, Presbyterian Church in America, and the principal of three Christian schools in Alabama and Florida.

Langford holds the martial arts rank of Black Belt, third degree, in the World Tang Soo Do Karate Association and has founded and operated three schools of martial arts in Alabama and Florida. He developed a system to train martial artists from a Christian perspective by integrating the traditional Korean open-hand art with a biblical world and life view.

The author works with military personnel as a systems engineer for General Dynamics, Incorporated. He develops computerized simulations for the Joint Warfighting Center, United States Joint Forces Command at Suffolk, Virginia. He and his wife, Kay, reside in Newport News, Virginia.