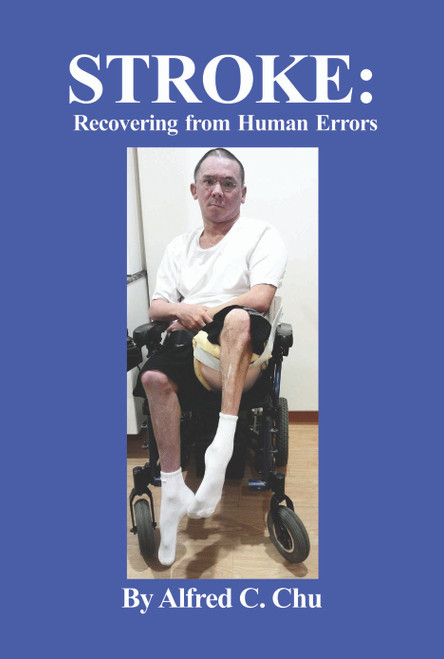 Alfred C. Chu suffered a stroke when he was 28 years old. Not many people suffer a stroke at such a young age and not many live to tell their story. The causes were a combination of a skin condition he was born with called Psoriasis, a virus he contracted called “superbug”, and the medication Cyclosporine. Enclosed are the memories of his tragic experience that includes knowledge he gained about the human body, certain medications, diet, exercise, and his outlook towards life before and during this experience. Along with his stroke were two life threatening comas. The first coma lasted for three weeks and the second lasted one week. Included with his stroke were over a dozen surgeries on various parts in his body, most of which were in the area around his left hip joint. What makes his story even more tragic is that not all people who suffer a stroke require surgery. All these surgeries have confined him to a wheelchair, but there's still the possibility of him walking slowly with a leg brace, a cane, a walker, or crutches. If it's possible, he is not going to give up. As of December 2019, he’s living in Taiwan for medical treatment and physical therapy.

Alfred C. Chu was born in Taiwan on January 8, 1983, but raised in New York, has lived in, New Jersey, California. He has BA in communications from California State University San Marcos and focused primarily in journalism. He was pursuing a career in the media, such as print and online journalism, movies, and television, but all those plans are delayed indefinitely when he suffered a stroke on October 20, 2010.

Pure Oil: A Human's Guide to Life. Gleanings from the Revelation of the Messenger

Traces on the Water Mirror: Volume II: The Biggest Plunder Ever