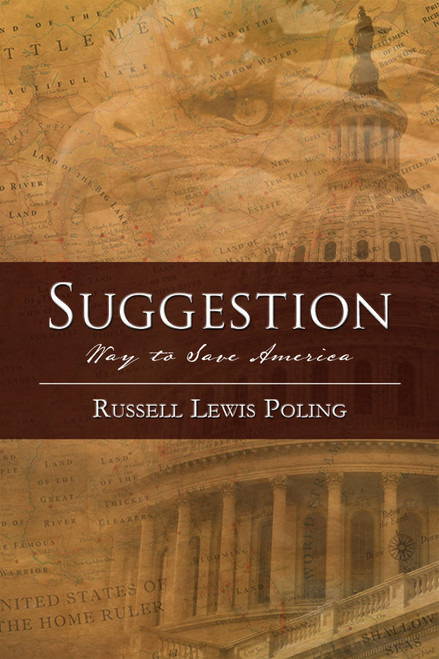 Suggestion: Way to Save America
by Russell Poling

The advantages of Suggestion: Way to Save America are learning how to choose good over evil, developing a higher moral standard, and stopping the train from going over the doomsday cliff. This book includes suggestions for developing a total health care program (including dental, optical, hearing and other health problems) based on one-time funding to build to total self-funding. The author recommends that we stop raising the national debt, balance the budget, and build a health care program that will create about six million jobs. This program would be for people with low income, the laid off, the not working and those on Medicare, Medicaid and social security. It would provide up to sixty thousand dollars annually. Also recommended is an energy program that is green black instead of one that is green red. Poling advocates that we care for our natural resources by being more conservative and planting a billion trees annually for a clean environment.

Other topics include campaign finance reform that gets rid of special interest groups, big donors and others. Income tax reform needs changing to one that is less complicated, fair and can cut the I.R.S. staff in half. The author advocates for an educational system that is based entirely on self-discipline and learning right from wrong. The right education can reduce crime fifty percent or more. America is at a crisis and a change is needed: this book could be a start.

Russell Lewis Poling was born October 2, 1935 in West Virginia. He was taught right from wrong and self-discipline. He hopes he has kept these virtues during his entire life. Any problems he encountered were faced with discipline and hard work. He has a good and healthy life. Poling finished high school and attended two years of college. He retired from Republic Steel.