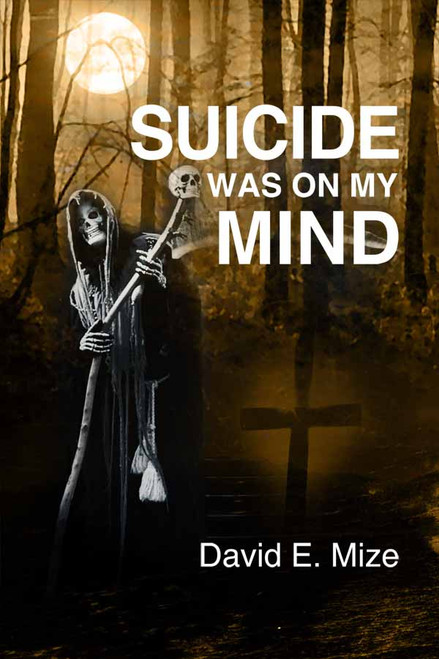 Suicide Was On My Mind
by David Mize

In this book you will read and feel the power and love of God working through a man who was a rebel with a very wild nature. This man chose a very hard and dangerous way of living-protecting the safety of a President and other important men of high society. But he started using drugs and booze to the point he became addicted. The day came where he didn't know what to do anymore and he tried to commit suicide on three occasions. He was sent to different institutions to get therapy and was given medications, but nothing really helped... until, with a humble heart, he asked God for His help. Giving his life to His creator, Jesus Christ, God took all addictions away from him and the thought of taking the most precious gift of all-his life.

Born in Abilene, Texas, David E. Mize was raised in South Mexico. He is a bilingual American (English/Spanish) who also speaks two native languages of the South, Zapoteco and Mixteco.

As a teenager, Mize boxed with a record of 24-4. He attended the University of Mexico and has an Associate in Psychology. He also has an Associate degree in Theology. He went into the academy of The National Security in Mexico and served as a protection officer to one of the Presidents of Mexico. He received tactical training with knife and small weapons and survival training. He has worked as a guide, tracker, interpreter and hand-to-hand combat instructor for different governments throughout Central and South America.

My Vibes Verses: Understanding the Mind

A Thought Tickled My Mind

Filling the Void...in my Heart and Mind