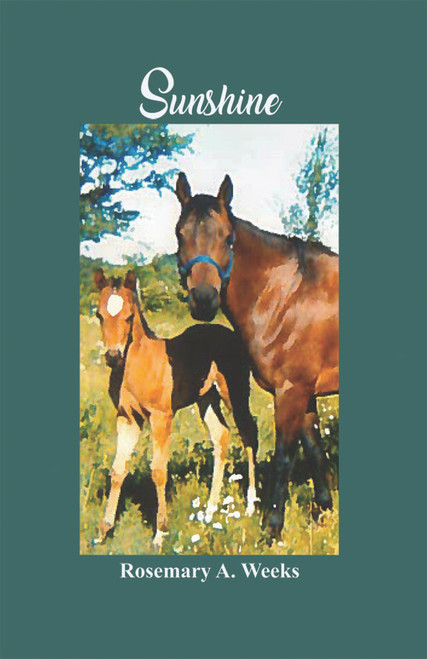 By: Rosemary A. Weeks

Following the life of a foal born on a farm in Indiana, Sunshine tells his story from the lessons he learned from his mother, to his growth into a colt, to their separation, and his befriending by the gelding in the stall next door.

Rosemary A. Weeks was obsessed with horses from a young age. Although she lived in Indiana, her grandfather bought her a pony to ride when she visited him in Tennessee. After much pestering, her parents relented and permitted her to take riding lessons at home and, while she earned some money cleaning stalls, they eventually helped her to purchase a Buckskin mare. After a few years Weeks, her sister, father, and mother had horses of their very own and decided to buy a farm. Her teenage years were spent breeding, birthing, raising, training, and showing many special horses that she was privileged to have. Sunshine was one of those horses.

Teia Brandl, Weeks’ granddaughter, created the illustrations for this book. Brandl was four-years-old when Weeks began leading her around on a mare named Star and by age six, she was competing in local horse shows in Montgomery, IL.

A Girl from a Store