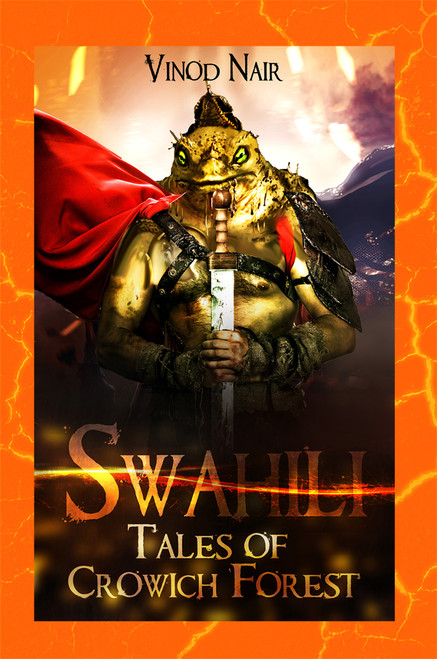 Swahili is a mutant toad who lives in Crowich Forest. The forest is the site of a reactor used to create mutants by a crazy scientist. The government takes it over only to enforce its harsh rules on the mutants.

Swahili grows up to be a crime investigator and goes around looking for his missing friend, Achillus, who is out to investigate drug rings around the world. Swahili discovers these rings around the world and puts an end to them. He also fights a crime lord Vulpecula, who is a mutant vulture and operates from Dumbo in New York City. The county is rife with misdemeanors committed by county officials and police personnel. Swahili eventually vanquishes Vulpecula and the government leaves Crowich. A new government sets in.

The story revolves around the apathy of the county government leading to widespread misdemeanors and oppression by county administrative and police officials. The book is a tale of oppression, heroism and victory.

Nair got the idea for Swahili: Tales of Crowich Forest and the character of Swahili Swanson during his initial years as working in information technology. It took him a year to complete the book and different parts of the story have been imagined during those years.

Secrets of a Dreamer - eBook