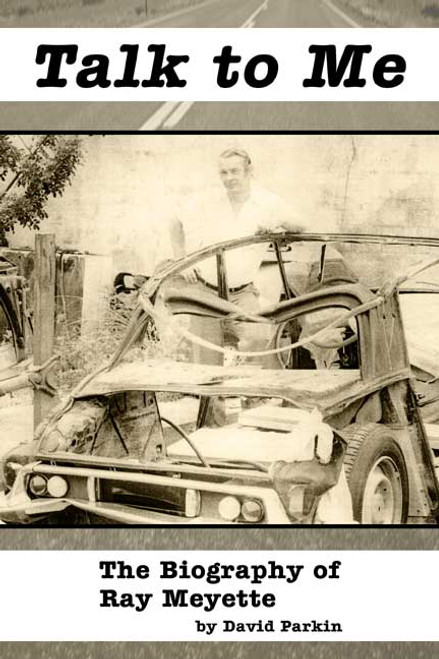 by David Parkin, M.S. Talk to Me is based on a true story. This is the story of the life of Ray Meyette, a World War II United States Air Force veteran, mechanical engineer, automotive engineer, and inventor, whose life experiences and New Englanders determined attitude may in some ways affect the course of history in the twentieth century. Talk to Me is a most compelling story that simply had to be told. Its a twentieth-century American story beginning in 1920s New England and spanning several decades. Find out how self-reliance and determination allowed an American family to grow up poor yet not be consumed by poverty. Where did the title come from? If you ever had the pleasure of telephoning Ray, youll know he doesnt waste time with Hello and How are you? Lifes too short, he says. Its always Talk to me. ABOUT THE AUTHOR David Parkin, M.S., was born in Lachine, Quebec, Canada, a town located west of Montreal and situated along the banks of the St. Lawrence River. It also happens to be one of the oldest settlements in North America. He grew up in Canada, Western Europe, and West Africa. After a stint in the Canadian Armed Forces, he moved to the United States to pursue opportunities for work and attend a university, settling in Florida in the mid-1980s. Always a car fanatic, he arrived in town driving a rare 1972 Citroen DS-21 Pallas loaded down with clothes, books, and his life savings: $780. This was a coincidence that led him to meet Ray Meyette, who owned nearly a dozen rare Citroens at that time. Almost immediately a mentoring relationship developed. Rays knowledge of mechanics, automotives, building, and construction, and a can-do approach to life impressed the author. Every time they got together to work on a project, it became an opportunity for David to learn from Ray, who was never short of a fantastic story. This is what led to the idea of creating a book on Ray Meyettes life. (2008, paperback, 50 pages) Availability: Usually ships in 2-3 business days.
×

Taking Off the Mask - eBook