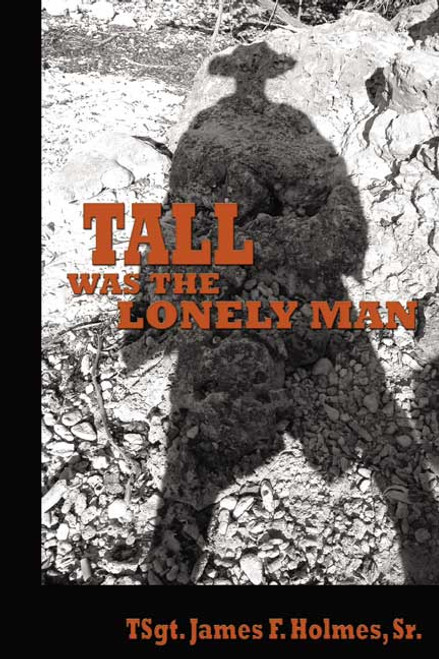 by James Holmes, Sr. The main drive of the story deals with the struggles of the protagonist against a ruthless loan shark who acquires land by clandestine violence. The setting is Abilene, Kansas in the years immediately following the Civil War. During the early stages of the novel, background is established by flashback, and the heros upbringing and tragic early life are revealed. He experienced the murder of his mother and father as a boy, and later, his pregnant wife is also killed. During this portion of the story, the importance of racism against blacks is stressed, with the hero opposing its viciousness. Despite his personal difficulties, he has risen to a successful career in the military as a general for the Confederate Army and as a lawyer, whereupon he became the State Attorney for Virginia. With this background, he emerges in Abilene to aid the oppressed underdog, poor farmers who are being brutalized by the powerful town real estate holder. There ensues an account of the how the main character becomes involved in helping the farmers organize themselves, and his activity inevitably leads him to great involvement in Abilene, Kansas. He becomes enticed by and involved with two beautiful women and a suspenseful pursuit of the real culprit behind the victimization of the farmers. His suspicions are strong and basically correct, but he must establish proof. What he doesnt know until much later is that the object of his suspicions has a connection with his distant, tragic past, and there too he was the villain. ABOUT THE AUTHOR Sgt. James Holmes, Sr., known as Doc Holmes, was born near Carrier Mills, Illinois. He enlisted in the army in May of 1942, and he received his basic training at Fort Riley, Kansas while in the service overseas in the ETO, World War II. He served with the 21st. Avn Engrs. Regmt. Co. B 1st. Bn. He served in North Africa and Italy from January of 1943 to August of 1945. Doc married Operratic Soprano Rita Camarca in 1944, and their son, Jim Jr., was born in Foggia, Italy. When the war ended, he had enough points to return to the states with only a short waiting period at the Repo-Depo. Doc contracted malaria fever only two days out of Hampton Rodes, Virginia. As soon as the boat had docked at the pier, Doc was hospitalized for seven days before he could be sent home for a well-deserved vacation. Doc joined the USAF in 1946 and retired with twenty-three years service with the U.S. Army and Air Force. (2005, paperback, 221 pages) Availability: Usually ships in 2-3 business days.
×

A Tree So Tall