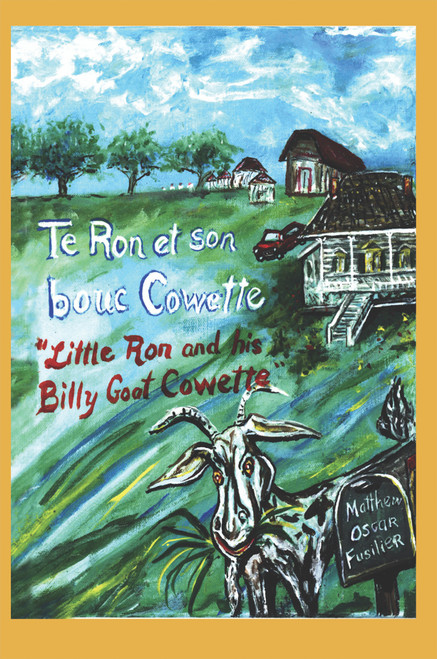 This is a historical fiction novel based upon the coming of age of a young boy, raised on a farm in Southern Louisiana. It covers six decades, and relates in the unique style to the Cajun heritage of South Louisiana. It also covers some mutual experiences set in New Orleans, during the decades from 1921 through the mid-1970s and the era about the time of the episode known as Watergate. The inspiration to write this story was born from many personal family stories that the author grew up hearing from youth. It is the intention here to inspire readers of all adult ages to grasp the cultural and unique heritage of life in Louisiana during the years of the Great Depression, The “Kingfish” Huey P. Long, the Second World War, the 1950s and the paradox of invention and prosperity of America that also saw the rise of the tragic McCarthyism and the Lavender Scare”, the tumultuous 1960s and the drug culture during the Vietnam era, and the culmination of the story, when America saw the debacle of the embarrassing Watergate scandal. Also set in New Orleans during these same decades, the story encompasses the life in the Crescent City, two different Mardi Gras festivities (1937 and 1970) and relates to the connection between the isolation of the rural parishes as well as big city (as seen through and told by Te Ron and his Godfather, his “Parrain”).

The story is narrated by several quite colorful literary creations (which include several Native American Indians and black Americans who are closely involved with the family of Te Ron on the rural farm of Evangeline and Saint Landry Parishes). On several levels, this tale forms a progressive approach to address family, culture, music, the issue of “racial issues” and the various ways the characters all interact in the great span of the historical content expressed within. In fact, one of the most lovable characters is the old “treatoire”… a woman of Cajun, Indian, and black heritage called “Le Seer.” She provides an enigmatic character who masters both healing arts as well as sees the future in her cards as “readings.” It is a novel about “love and tolerance on several levels.” Te Ron eventually grows to have a family of his own, after many sheltered years and his dear favorite friend. A Billy goat named “Cowette” is a featured character, which was indeed based upon the life of an actual farm animal and his beloved personal pet.

Known to many of his closest and intimate friends as “Bubba”, Matthew Oscar Fusilier is an actually story teller, a former salon owner from New Orleans, and a cosmetologist instructor. His passion for telling a good story mixed with a great respect for history is matched with his long-time partner and their several pet rescue cats.

A native of Southern Louisiana, he made his home for over thirty years in New Orleans. Since Katrina, he returned to his roots to care for his incredible parents. Much of Te Ron's story is based upon the life of his father on a rural farm.

Parents, Teachers, and Governors, I Am Afraid to Tell You...

Faith Over Fear: The Life and Sentence of Yolanda Diamond

Graphic Gratitude Guides for a Practice of Gratitude