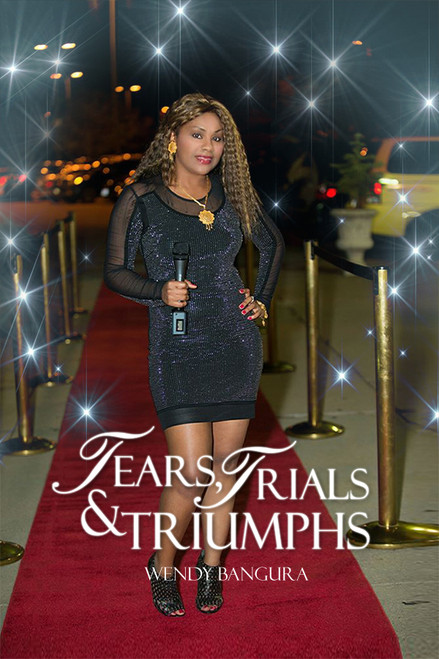 This compelling, true-life story of the effects of the Sierra Leone Civil war relates the personal experiences suffered by Wendy Bangura and her family. Through a horrific and sudden loss that no family should have to endure, this tragedy has forever changed the Bangura family, affecting them even to this day. Yet despite the devastation, their faith in God saw them through their ordeal and continues to sustain them daily.

Tears and trials have marked Wendy’s journey to finding hope while dealing with great sorrow and hardship. As a result of the divine provision of God, a very great determination, a dream in her heart and a desire to honor the memory of her father, Wendy has triumphed in the midst of the pain and has risen above tragedy to a place of success.

Wendy Bangura originates from Sierra Leone, West Africa. She is an actress, producer, author and an entrepreneur. She is the executive producer of the award-winning movie The Entrapped in which she had a supporting role. Bangura won the Nollywood film critics award in 2012 for best director in Diaspora for The Entrapped and best leading actress for her movie. The same year she also won for best cinematography and was nominated for best supporting role in The Entrapped.

Wendy was one of the top 10 award receivers by Save Sierra Leone foundation. She was featured in The Entrapped, Greedy Realtor, Busted Life, Koming from Afrika, Ekei, Blood Brothers and American Jollomy. Bangura was also featured in Trendy Africa Magazine and Infinity International Magazine in London where she was interviewed about her life and her love for the entertainment industry.

Wendy is the youngest daughter of late Captain Hancils Bangura, a prominent statesman in the Sierra Leone military. Her mother is of Lebanese, Indian and African descent, which accounts for Wendy’s unique and striking features. With the support and love from her family, the spirit of her late father Captain Hancils Bangura, her mother and her sisters and brothers, Wendy continues to excel in all areas of the arts. She graduated from school in 2002 and her hobbies include shopping, traveling, boat riding, sightseeing and spending time with her loving family.

Taking Off the Mask