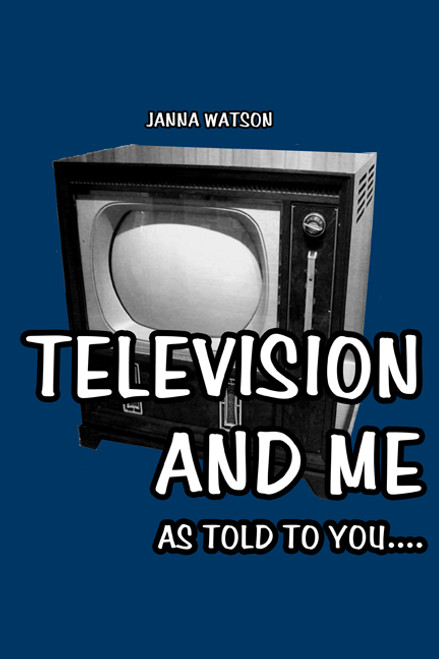 by Janna Watson In my book, Television and Me, I will take you on a nostalgic journey through television in an era of which I longed to be a part. Within this books pages, which cover its first four decades, I talk about how our popular culture has influenced what we have seen on the screen. Generation Xers and Baby Boomers will fall in love with malt shops, the drive-in theater, and dancing to the grooves as seen on Dick Clarks American Bandstand. The book itself has twelve different sections, divided by genre, of course. Theres your primetime dramatic program, which featured steady, cautious courtroom attorneys like Perry Mason, to realistic police files found on shows like Dragnet and The Naked City, to interning doctors like Ben Casey and Dr. Kildare. In the mid-1960s, we see more single working females, such as Marlo Thomas in That Girl. And the western series would become a piece of Americana with its larger-than-life heroes. One thing I tried to emphasize was all of these shows had one thing in common: They reflected what sort of culture we were living in. Times may change, but great television shouldnt. ABOUT THE AUTHOR Janna Watson was born on July 2, 1981, in the small community of Holyoke, Colorado. She was the firstborn daughter of wheat farmer Timothy Watson and homemaker Jackie Watson. After the death of her father in 1999, she and her mother moved to northern California. In the fall of 2001, Janna enrolled at the nearby community college known as Cosumnes River College. This was just the start of making her dream a reality. She would graduate from Cosumnes River College in December 2004 with an associates degree in communications media. Perhaps her biggest influence to work in television came from watching and observing the now classic Mary Tyler Moore Show, seen on Nick at Nite. Her ultimate goal is to one day work for network news. Janna currently lives in Placerville, California. (2008, paperback, 238 pages) Availability: Usually ships in 2-3 business days.
×

You and Me Santa - eBook

You and Me Santa

Technological Mistakes and Reserves of the Government System