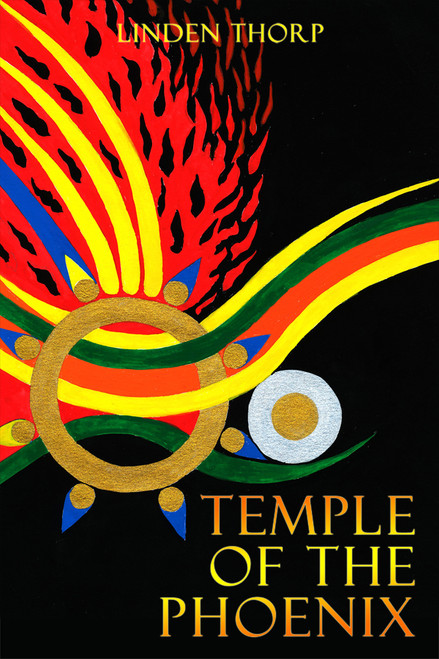 Temple of the Phoenix
by Linden Thorp

Have you created your own private universe in your head? Is your life troubled by ups and downs, by doubts and fears, by anger and bitterness if you fail to get your own way? Dr. Meredith Capethorne lives her life in such a private vacuum, certain that everything outside her universe is none of her concern. Then she comes to Japan, during which time she encounters the mysteries of the universe at large and steps out of her own forever.

Linden Thorp is currently a university teacher in Japan specialising in Academic English, but she has lived many other lives, which she now feels she is sufficiently wise to engage fully in the process of writing new works about and in editing and revising old so-far unpublished ones, in order to share her enchanted life experiences with the world of readers at large.

Born in 1952 in Manchester, in the northwest of England, she has vigorously pursued many dreams and been able to realise most of them. But through many adventures, such as two years backpacking around the world, living with Australian aborigines in the process, and six years residing in a remote village in the French Pyrenees, and several careers, as professional musician, music therapist and teacher, Alexander teacher, organic gardener, chef, reporter and restaurant reviewer, temple keeper, turkey farmer, and academic skills lecturer, there have been two consistent threads. One is scribbling as she calls it; the other is Buddhist study and practice.

Writing and the practice of Buddhist teachings are infinitely compatible in her view in that they both reach the realm of the higher self, the place from which we can be enabled to live life to the fullest. She is a published poet and academic and has written two novels and a series of short stories. Nowadays, the mystical atmosphere of Japan stimulates all aspects of her life, and she has found the Buddhist teaching of her dreams in a branch of the Shingon School of Japanese Buddhism, in which she is about to be ordained.

A Temple Between Words