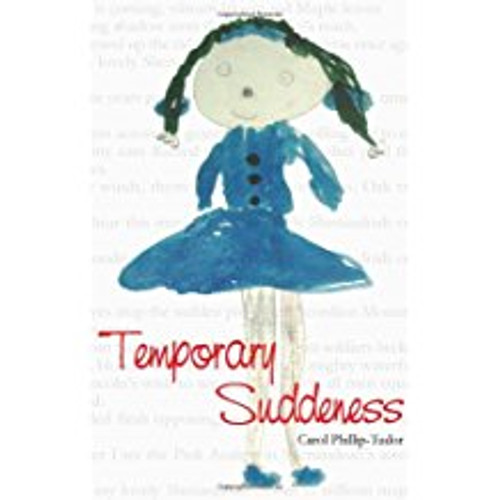 Temporary Suddeness is a collection of poems and thoughts drawn from diverse quarters of life. Of incidences and perceptions felt and understood on a continuum; the expressive, ideological, philosophical, and other disciplines including religion, both in historical and humanitarian concepts. Whatsoever the brain understands, appreciates, and accepts are oftentimes at variance with emotional and physical recalls and religious dogmas.

Temporary Suddeness corrals in poetry, some views forged during the presidential tenure of George W. Bush, at a time when it appeared that political polarization imbued the many cultures of America. Shades of censorship bled like shadowy colors into the fabric of the nation, and freedoms and freedom of speech amalgamated under the pretext of protections for freedoms and freedom of speech. That climate of complexity gave way to poems written within the consciousness Commentary on Frailty, such poems as, Four Years to Bethany, Safe and A Category Other Than Peace. The mind is compelled toward similar periods of unrest.

The poem Temporary Suddeness, as this book is called, examines the imagined remorse of a Confederacy soldier who, confronting his death, realizes that all men are indeed created equal. Such an idea, even today some distance removed from 1865, will still generate discussions as to the likelihood of any such emotions from any true-blue Confederacy soldiers. Very likely, enduring legacies of schisms and divisions lie within this misplaced prolongation into generations after new generations.

Temporary Suddeness, therefore, offers an array of poems both contemporary and reflective.

The Boy, The Professor and Ella's Regret