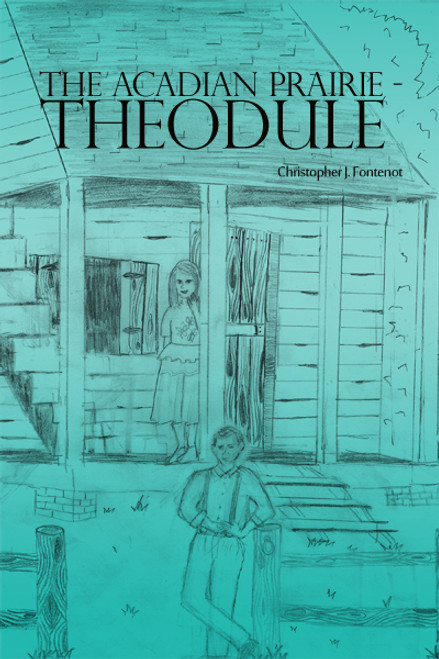 Tugged and shoved by the winds of war, the petit habitants of the Acadian prairie arrived from many directions. Acadians arrived from Nova Scotia. Other families migrated to the prairie after the French and Indian War. All of the settlers sought land and isolation that shielded them from the intemperate affairs of European kings. The Acadian prairie provided both. Farmers and ranchers, Theodule Dupr, Emile Ortego, the Landrys, Frugs, and the traiteuse Olivia wanted only to be left in peace, but peace is not given freely. Death was always near, whether it was vigilantes and cattle thieves, storms and epidemics, or Jayhawkers operating in the chaos of the Civil War, they had to fight for what was theirs sometimes even fight their own families. Connected by family and circumstance, theirs was a saga that would follow their families through generations.

Author Christopher J. Fontenots father was whipped for speaking French at school. His grandmother spoke little English and the author spoke only a few phrases of French it took only two generations to strip a people of their native language.

A student most of his life, Fontenot earned a doctorate in education before retiring after thirty-eight years of teaching in secondary schools and on the university level. He began writing stories at the age of twelve, put them aside in college, but found that the stories could not be restrained and he began writing again before he retired. Although the stories are all fictional, there is a nugget of family lore in each story.

The Adventure of Huff and Puff

The Adventures of Capital and Lowercase Alphabet

The Adventures of Alexander Gator: Book One: Alexander and the Little People

The Adventures of Little Fox and the Magical Hats