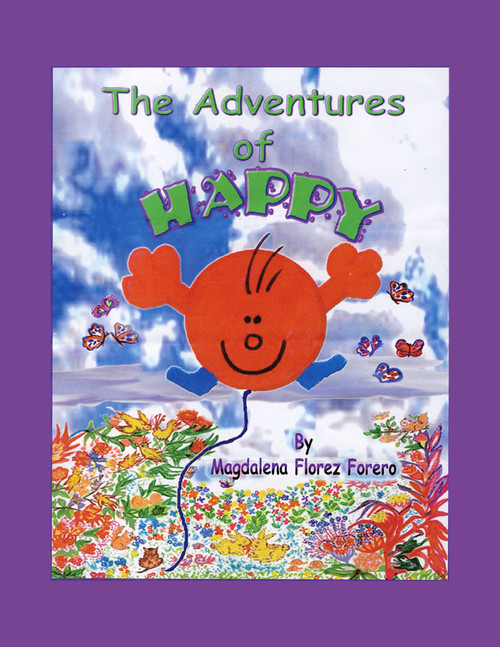 The Adventures of Happy
by Magdalena Florez Forero

Magdalena Florez Forero is a writer, novelist, poet, stories for children, and editor, who worked in O.A.S. in Washington DC from 1965-1978.

On a splendid summer day in July 17, 1972 she was driving from her office in Washington to her house in Fairfax, Virginia. On the road along the Potomac River, she was inspired by the amazing red sunset. That evening she started wiriting about a big red balloon who gave her a big smile on her face. She then named him Happy.

In 1977 Magdalena and her two children left Washington and went back to her native country in Colombia, Happy followed along. In 1986 she moved to France with her five children. David and Paula were born in Colombia, of course Happy, who became more than just a night-time story.

In Bordeaux, Happy became a big success in Le Centre de Loisir du Chateau Rava where Magdalena Florez was able to tell the different adventures about Happy. The notorious French politician Dr. Gerard Castagnera, mayor of Talence, where she lived; used the stories to develop a story telling program throughout the public schools in the neighborhood. The sotries were also told in two of the most prominient Spanish and Carribbean radio stations radio Carib and Tropical FM.

In 1994 they were also rebroadcasted in Radio Caracol in Miami. Over 20 years later and after many adventures Magdalena decides to share these stories not only with the local people around her, but with all the children around the world. To have The Adventures of Happy is a dream come true for her. Its not only about making a story successful but bringing a smile in their faces and making happy all the children around the world.

This is a the first collection of many to follow. In these adventures, Happy the big red and charming balloon tells us how he came to this world. Then by following his mother along with his brothers and sisters, he came across all types of characters, some fictional and others imaginarry. And most of all, he discovered he had a heart.