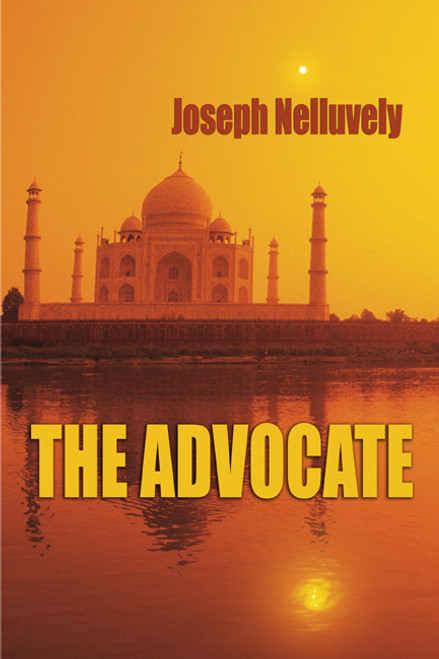 The Advocate recounts the story of two pairs of brothers who immigrate to America from India. Peter and Paul Thopil sought higher education in the United States in 1960, boarding Leonardo in Cochin, a port city in southwest India, and coming to New York via Naples. Life wasnt easy for them; however, they worked hard and became successful in their respective positions, Peter in social service and Paul as a lawyer. Both returned home to marry and brought their wives to America. Dinesh Kumar was a smart, gentle, and caring family man from Bombay who worked industriously to build a life for his family. His younger brother, Suresh, followed him to America, but Suresh was not like Dinesh. He did not like hard work and dreamed of becoming a movie star. Conflicts between the two brothers arise around finances and family values, and Dinesh Kumar approaches advocate Paul Thopil to mediate. Pauls father, who was a judge in India, advised him long ago, Remember, when you become an advocate, dont get involved with family conflicts. They will kill you for a single rupee. Unfortunately, Paul didnt remember that advice, and the ensuing drama makes The Advocate a compelling read. (2004, paperback, 340 pages) Availability: Usually ships in 2-3 business days.
×

The Adventures of Capital and Lowercase Alphabet

The Adventures of Peter Pangler Puncker: Discovering the Pumping Heart

The Adventures of Jonnie (A Rooftop Squirrel)

The Adventures of Scruffy the Dog

The Adventures of Donnie the Dragon Fly in Meadow Wood Land