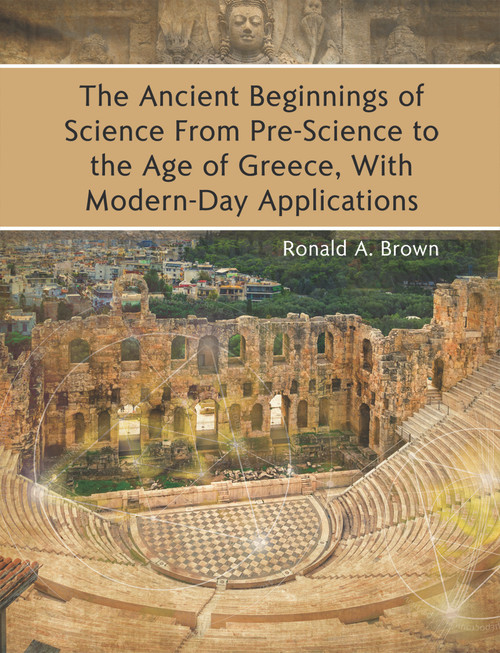 By: Ronald A. Brown

For more than 2,500 years, it has been assumed that science and mathematics originated solely in ancient Greece; however, this assumption is now known to be invalid. Recently available knowledge has shown that the ancient Hindus must also be included as one of the earliest precursors of modern mathematics and science, according to a set of criteria developed by Ronald A. Brown, namely the trifecta of philosophy, theory, and abstract mathematics. This trifecta implies that only the early Hindus and Greeks are true forerunners of modern science as they alone were the first to recognize that nature is rational and can, therefore, be understood by human reason. The ensuing developments, including selected modern topics, are discussed in historical detail, and demonstrate that the role of history is to clarify what is significant, what remains after having distilled out what is not essential.

Ronald A. Brown completed his undergraduate degree in physics at Drexel University and his Ph.D. in theoretical solid-state physics at Purdue University. He has taught physics at Kent State University, followed by thirty years in the physics department at SUNY-Oswego. Early in his Oswego career, he won the New York State Chancellor’s Award for Excellence in Teaching, and proceeded in creating a variety of new courses, in particular Physics 300 – Ideas and Concepts in Physics, which traced the history and philosophy of physics from pre-Greek to modern times.

Brown has written over 20 articles in a variety of peer-reviewed science journals and has given a comparable number of presentations at scientific meetings of organizations such as the National Science Teaching Association. His professional interests include: the history and philosophy of science, the nature and origins of science in antiquity, women in science, science education, and related topics.

Eight and a Half Light Years from Home