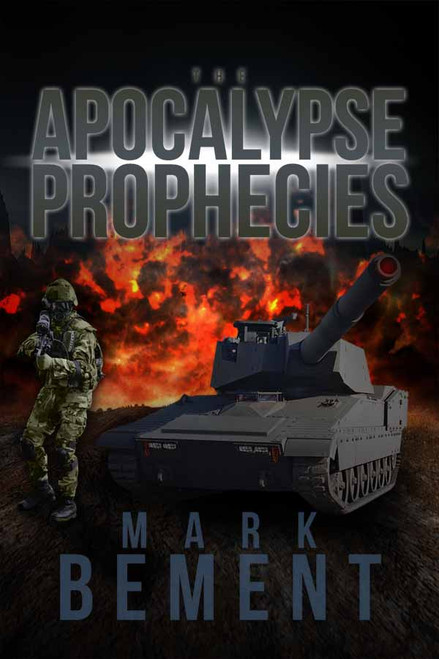 The Apocalypse Prophecies is a study of various biblical prophecies that have been fulfilled in recent times and certain ones that will be fulfilled in the future. It explains biblical prophecies concerning a global empire; the Antichrist; the False Prophet; a cashless, computerized monetary system; the mark of the Beast; various modern weapons, including tanks, guns, helicopters, tear gas, and bombs; the Third World War; the Battle of Armageddon; a global nuclear holocaust; the destruction of Rome by a nuclear attack; the Rapture; the Millennium; and the re-created universe. It points to various biblical signs of the End Times, including the gathering of Jews from all over the world in Israel; an increase in earthquakes and other natural disasters; food shortages in various parts of the world; the outbreak of numerous wars and epidemics around the world; and the rise of many false messiahs and false prophets on earth.

Mark Bement is a descendent of King Henry I; Alfonso IX, who was the King of Castile and Leon; and the noble Frenchman, John Debrienne, who was the Emperor of Constantinople and held the title of King of Jerusalem, though he reigned in Acre, Israel.

Bement was born in Washington State and raised in a Christian home. At twenty years of age, while residing in Virginia, he began to devote himself to studying the Bible and its original languages. He has specialized in learning to interpret biblical prophecies concerning the End Times, those concerning the Millennium, and those concerning the re-created universe.

The Adventures of Timmy Gills

The Astro-Bible According to John: OR God's Creation of the Universe OR The Whole Shebang Without the Big Bang