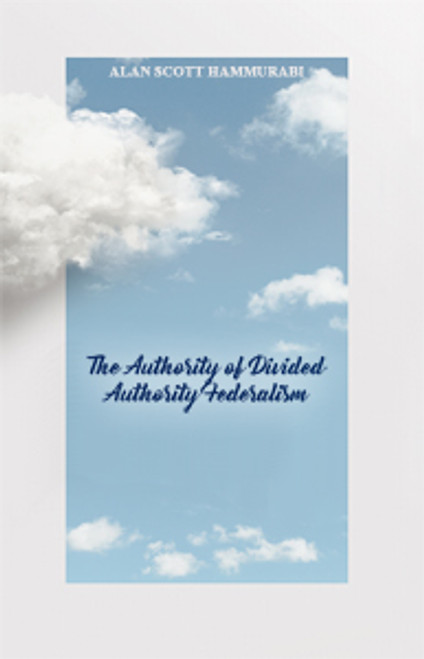 How many Americans actually know, let alone understand, the U.S. Constitution? That document overtly cited, yet the spirit and text ignored? Even in the most liberated institution, the Academy, the Constitution is understood by a minority faction within a faction. This is clearly not due to ignorance, but to the prodigious substance that goes into understanding what the Constitution was meant to be, what it became, and what it is.

Decades of adaptation and intellectual evolution have wrought a different document than was intended. Many changes were good, but some proved fatal to the tranquility of an extended republic.

Federalism is the body of the original document and we, as citizens of humankind, must understand the concept. It is not a collection of individual liberties or rights, but a structure learned through experience and time to protect the former. Generations of intellectuals, politicians, lawyers and laymen discovered the law of nature known today as federalism. As some, such as Prof. Jeffrey Rosen, have discovered, it has become imperative to understand the Constitution, and therefore, federalism. This is the first book that synthesizes as much knowledge over the concept of federalism prior to and then claims the concept is actually a law of nature.

Alan Scott Hammurabi has been shaped by all of his life experiences. Growing up in Indiana he quickly learned to work hard and become a free-thinking individual with a heart. In his undergrad, Alan Scott Hammurabi studied every subject in true classical liberal form: in-depth and open-minded. In Washington D.C., Alan Scott Hammurabi was with The Fund for American Studies. D.C. was the first time Alan Scott Hammurabi understood the natural authority of federalism—so many intellectuals and so much discourse. This is the concept that permits democracy to live throughout an extended republic.