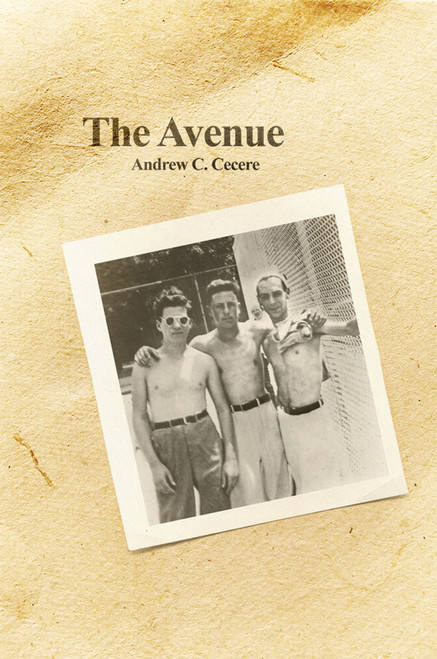 The Avenue
by Andrew C. Cecere

This novel is about two protagonists who were born and raised during the Great Depression in a working class neighborhood in a large metropolitan city inhabited by Italian immigrants and their first-generation American children.

At an early age, these Americans recognized and understood they were bounded and yet isolated from the Anglo-middle class neighbors; they were considered different and not permitted to enroll in certain grade and high schools in their areas.

As they matured into their teens, they wondered if they could eventually compete outside of the environment they were born into. One of the protagonists insisted that only on the Avenue could they exist and survive, be safe and be happy and be respected. And there he lived and died.

The other protagonist risked moving out of the Avenue. He was willing to see if he could compete with those outside the Avenue and perhaps be assimilated in their environment, but vowing that if his venture was not successful, he could always return to the Avenue again.

And so they lived their respective lives, one in the area of the Avenue, the other never to live on the Avenue again.

Andrew C. Cecere is a writer and retired attorney in Richmond, Indiana. He was born and raised in Pittsburghs East Liberty district during the Depression years.

He was a Marine Corps officer during World War II, serving in the Southwest Pacific, Okinawa, and in North China following the Japanese surrender. Recalled to active duty in 1951, he served in the Pentagon as an attorney in the Office of the Judge Advocate General of the Navy. After his discharge in 1953, with the rank of captain, he returned to private law practice in Richmond.

Cecere received his undergraduate education at George Washington University, Earlham College and Denison University and his doctor of jurisprudence from the University of Michigan Law School.

Going Beyond the Avenue - eBook

Going Beyond the Avenue