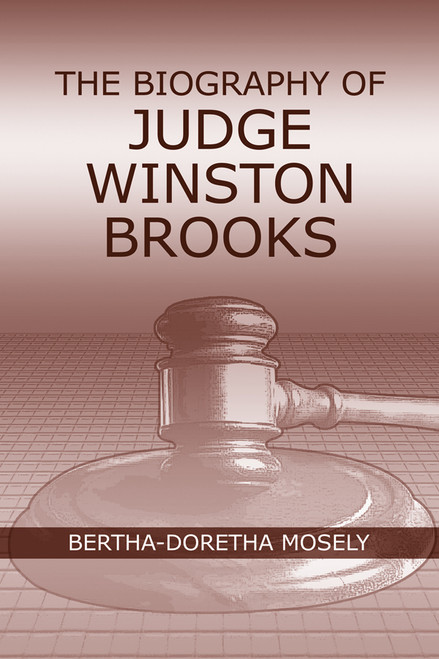 The Biography of Judge Winston Brooks
by Bertha-Doretha Mosely

During his eventful year of 1890, Judge Winston Brooks, an American free-born Negro, never having to overcome slavery, launched his career as an architect and builder in Arlington County, Virginia architectural business. Then Judge Brooks solidified his family life by selecting Millionaires Row in one of Arlington Countys communities for his home address, where he lived mortgage- and rent-free with his bride.

From 1890 until 1912s segregation law, Judge Brooks competed as a builder of homes for both Negro and white families in Arlington County. From 1912 until his 1917 untimely death, he only built for Negro families, respecting the 1912 segregation law.

Judge Winston Brooks left for us a legacysurprisingly not architecturalwhich spreads locally, regionally, nationally, and internationally by the second, third, and fourth generations of his family tree. The legacy is full of joy.

Bertha-Doretha Mosely has been living in Summerville, South Carolina, since January 1992, when she purchased her Summerville two-story townhouse mortgage-free. In 2007 The Biography of Judge Winston Brooks was sent by her to the Arlington County, Virginia Archives, where it is catalogued for researchers. She is extremely happy to have it published because her research revealed Judge Brooks, never a slave, rose to artisan rank through his architectural masterpiece and the freed slavesparticipants in the Reconstruction Era 1865 to 1878 federal government programproved that educational preparation and character are the keys to successful living. She wishes to get this book on library shelves around the United States, since the revelation is not in American history books.