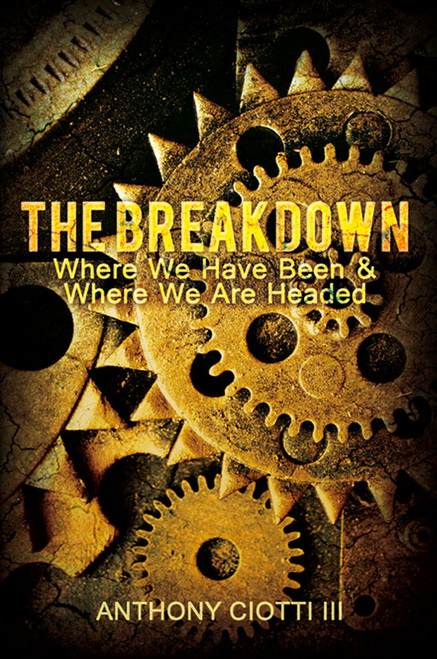 The Breakdown gives a clear and concise explanation of the various political, economic, linguistic, and psychological systems which govern our everyday lives. It speaks openly and honestly about the lies and misrepresentations that everybody is indoctrinated to since birth and that are taught in schools. It also covers how many prestigious academics speak about these problems, yet the information is not disseminated to the general populace in an effective manner, for various reasons.

The Breakdown starts at the most base level with language: how it is misused by the majority and clears up what every language is at its most base level. The book then moves up to the concepts of Freedom, governance, economics, and goes into the philosophical outlook of what groups of people strive to be. If a person knows the mechanics of a car, a repair mechanic cannot con them into unnecessary repairs. Once you know the mechanics of the various systems that control our lives, another human won’t be able to con you into supporting lies and snake oil.

Anthony Ciotti III spent over twenty years in the medical field, starting at the age of fifteen, as a veterinary medical technician, often working two to three jobs at a time to make ends meet. Medicine, retail, restaurants, construction, and many other fields were included in his years. After many years, and many patients, he decided to go to college where he majored in IT with an emphasis in Software Engineering.

After seeing the great amount of corruption in the medical field and the corruption in the For Profit Education industry firsthand, Ciotti became an activist. He went to many various marches and other such events. He also spent multiple nights in jails for his activities. From researching the various topics to see how to combat all of the corruption he saw, he then self-funded a campaign to be a Write In candidate in the 2016 presidential election.