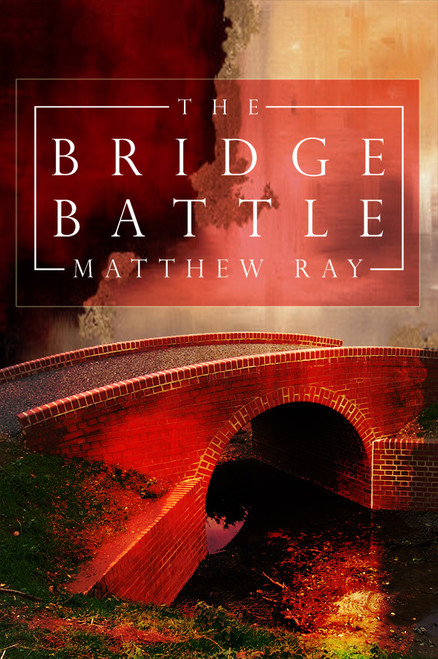 The Bridge Battle
by Matthew Ray

The bridge in this story is used by Matt to go anywhere. Only people who know Matt may use it. Some men want to make a movie about Matt, but later try to kill him. Matt's men and others have a shootout on the bridge. They use paint guns, wear armor and have cheap shields. Matt does amazing things on the bridge. He is a solo man and eventually goes up against the enemies alone.

Drew Sr. is the leader of these bad men. He controls them, making the rules and decisions. They are not all in agreement to his rules, but they cannot talk back. Matt killed his father and grandfather in previous battles. The leader of this group guides where they should be and what they should do. If they are shot in a certain spot, they must leave the battle.

Throughout the story, there are many losses. The good guys have studied how to beat their enemies, and these enemies call for a truce but to no avail. The enemies surrender and Matt kills several of them. Many more lives could be lost in the attacks that against him and his cronies. Is it time for a continued bridge battle? Drew Sr.'s dad said he would surprise the police.

Matt talks to and battles Drew Sr. All I need is a cuff around the pole and you're done, says Drew. I won't need it, Matt replied. The two continue their own battle. They were forced to kill several bats, and Matt even had to fight a snake. False alliances and much adventure characterize the whole of this outrageous battle between two enemy groups.

Matthew Ray has written a handful of books through Publish America. The Abyss Battle and Conquering Enemies are a few of his short adventure titles. With RoseDog Books, Ray has Love Idiot, a vast love story. He also wrote the cookbooks, Variety Cooking and Delicious Desserts. Ray aspires to act in his young 30s in his bridge battles, Dinosaurs On Earth (another title currently in progress) and some scary stories. Him, Her, Them, and Matt, Conquering Enemies 2-5 and The Bridge Battle 2 are all on the list to get published in the future. Hes currently working on The Bridge Battle 3 and The Bridge Battle 4, incorporating dinosaurs into the mix, and hopes to create movies from them. Ray has also completed Escaping and The Abyss Battle 2.

Matthew Ray has many other goals, including learning to play guitar and drums. Hes written several songs, covering the genres of rock, soft rock and R & B. He started writing at age 23 and keeps a journal of his work.

Across the Bridge to Tessahoc

The Breaking Bridges: How Do I Cross?

The Butterfly Effect: Transforming One Person at a Time, Vol. I

The Broken Heart: Protect Your Heart from Daily Stress and Emotional Upheavels

The Boy, The Professor and Ella's Regret