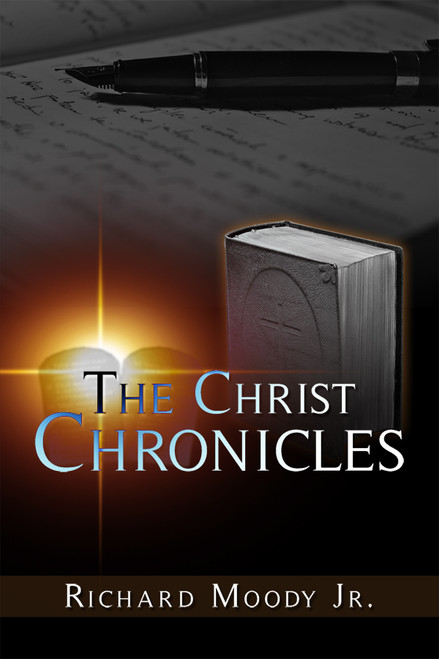 In The Christ Chronicles, Richard Moody Jr. takes a bold step, anticipating what Christ would have written if He had lived an additional thirty years. This addendum to the New Testament turns Christ into a scientist in order to explain Biblical miracles. These explanations are revealed through His interactions with His mysterious scribe, Swadu, a brilliant man who serves as a foil to Christs belief in His Father.

Ashley Seveille finds The Christ Chronicles thanks to the diligence and support of her fianc, Sean. Transcribing the ancient work puts Ashley in extreme danger however, due to the books suppressed significance.

No stranger to controversy, Richard Moody Jr. published an article in The Mensa Bulletin, the flagship publication of the high-IQ society Mensa, called Communal Blind Spot Theory; the article discusses intuitive iteration, a cookbook recipe to find paradigm shifts. One of these is revealed in a new branch of the earth sciencesthe first in forty yearsand this is the authors Plate Dynamics.

A resident of Schoharie County in upstate New York, Moody is also a chess professional, with three critically acclaimed chess books and dozens of articles on chess in his portfolio. His hobbies include publishing in theoretical physics and astronomy. This is his first novel.

The Christian's Path to Power - eBook