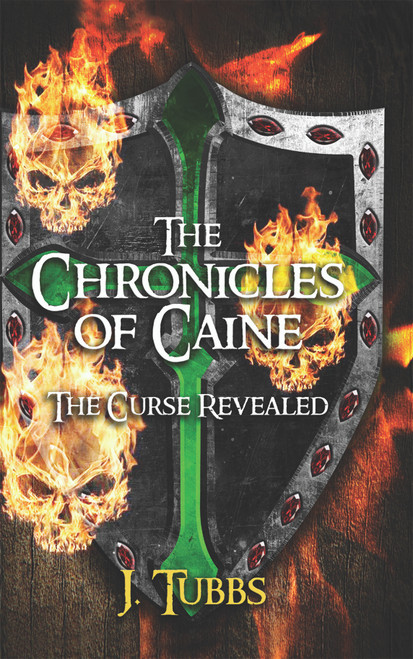 The Chronicles of Caine – The Curse Revealed

Joseph Caine has lived a hard, fast-paced life of drugs, gangs, and prison. After nearly twelve years in that awful place, he truly believes he is a changed man and that he’ll never go back. However, after less than a year on parole, he relapses and finds himself on the bathroom floor of a drug-infested slum crying out to Jesus.

All those years in prison he spent wishing he could make things right, wishing he could help all those people he’d hurt, but now he can feel the old man rising from deep within – and that’s the thing he fears the most.

It’s now a battle for his life to break a curse on his family that extends nearly all the way back to the Garden of Eden.

In this life-changing story, he deals with how to make up for his tawdry past, how to love himself, and how to accept God’s free gift of grace and forgiveness before it’s too late and his soul is lost forever!

Helped by his blind, handicapped sister who senses auras and speaks to angels, he fights demons from Hell and even Satan himself in this epic battle to become a godly man and save his whole family.

J. Tubbs grew up in Odessa, Texas, and spent most of his younger years in prison. After a lifetime of drugs and trouble to cover up the pain of being molested for years as a child, he had a life-changing encounter with Jesus. Now he owns a small business, has an associate’s degree in psychology, and looks forward to becoming a licensed drug counselor so he can help others who have gone through the same things as he has.

When this book was penned, Tubbs found himself in a level IV maximum security prison locked in a tiny 10x12 cell. Then he felt that the Holy Spirit moved upon him and helped him to write this story. For nearly twelve hours a day for forty days, he toiled until it had all poured out.

Tubbs hopes that you can find encouragement and strength from this novel, and, more importantly, learn that even the worst of men can change.