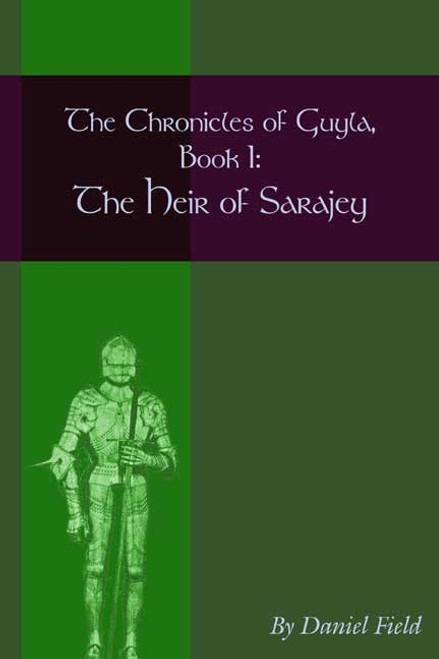 by Daniel Field War is soon breaking out against the peaceful White Monastery. Kaylor, leader of his village and fuelled by a longstanding grudge and the idea of control, seeks to wage war against the monastery and claim a legendary weapon. The only thing standing in his way is the father of the monastery, Father Zuul, and his allies, who are prepared to fight back with everything they have. In the middle of it all, a legend is coming true and a prophecy has been told. An ancient evil will soon awaken, and the hero has been decided. But the only choice the hero must make is to step up and claim his destiny as the Heir of Sarajey. ABOUT THE AUTHOR Growing up, Daniel had a passion for reading that started at an early age. Stories about fairytales, fantasy, and magic sparked his imagination into writing his own fables and creating his own characters. He continued to write throughout his school years and after he finished his education. Working around his hometown, Daniel continued to write about his own world and dreamt of becoming an author so he could share his stories. Daniel currently lives with his family and their assorted pets, and he enjoys computer games, TCGS, and good food. (2007, paperback, 228 pages) Availability: Usually ships in 2-3 business days.
×

The Chronicles of the Rain Crow:A Story of Crossing the Rainbow Bridge to the Playground of the Gods

The Call of the Moon: The Calling