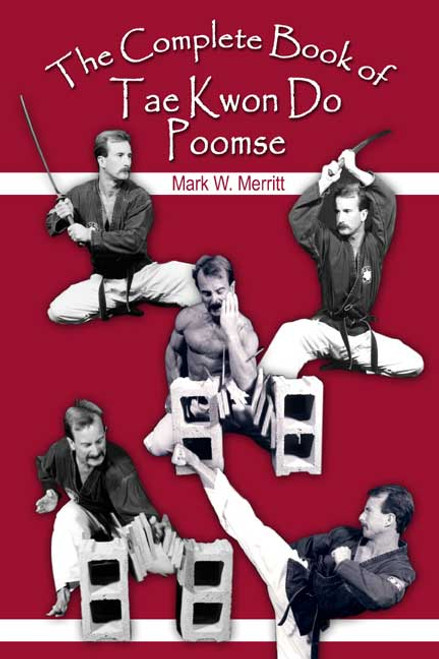 by Mark W. Merritt I have been studying the Korean art of Tae Kwon Do for over twenty-three years since I was thirteen years old. I have trained and taught Tae Kwon Do under a number of excellent Master instructors. I have competed in sparring, forms, and breaking, but it wasnt until many years later when I became interested in the pure study of forms, and I realized there was no comprehensive text that detailed all the Tae Kwon Do forms. I am an educator by training and fully aware of the need and the necessity of good reference material. It is understood that you first learn forms from a Master instructor or assistant. But good students continue to train outside the training hall, and sometimes we forget what has been taught. Throughout my years of Tae Kwon Do instruction, I have always sought out reference material on the art. When moving from one form set to another, I realized how important that was. I became frustrated by the fact that there was no reference material that demonstrated the forms in a quick, easy format. As the old saying goes, A picture is worth a thousand words. With reference to forms, books often have much more than you really want. This takes nothing away from the excellent books or authors who have penned works on Tae Kwon Do. But when I found myself not wanting to tote a text or video, for which I seldom found a player, I found myself longing for a quick visual reference aid. This book is the first of its kind. This book is not intended to be a history, narrative, or rewriting of The Art of Tae Kwon Do. I am not a Master of Tae Kwon Do, nor do I propose to be. This work is meant to be a simple visual reference aid. It strives to provide the student with a quick, easy reference to his or her pattern set and be a comprehensive reference to all patterns of the fascinating art of Tae Kwon Do. It is not meant to be robust in verbiage. It is a visual aid, nothing more or less. There has never been a book on the market that combines ALL of the forms of Tae Kwon Do in one book! This is a first to my knowledge. ABOUT THE AUTHOR Mr. Merritt is prior military U. S. Special Operations intelligence personnel and holds a Second Degree Black Belt in Korean Tae Kwon Do from the Ku Ki Won. He has an Associates Degree in Applied Science, a Bachelor of Arts Degree in European History, and a Master of Arts Degree in Counseling and Human Development. Mr. Merritt has studied Tae Kwon Do for over twenty-three years, as well as Hapkido and Aikido. He has taught and demonstrated Tae Kwon Do in the United States and Europe. He was President of Merritt Industries, Inc., a company specializing in form training aids, including laminated cards, software, and posters. Mr. Merritt is the author of Alternative Careers in Secret Operations (Impact, 1998) and Alternative Careers in Special Operations (RoseDog, 2006) and currently supports the intelligence and special operations communities. He is a United States Navy Reserve Intelligence Officer and holder of seventeen copyrights for books, software, and artwork. He lives and works in Reston, Virginia. This is his third book. (2007, paperback, 218 pages) Availability: Usually ships in 2-3 business days.
×