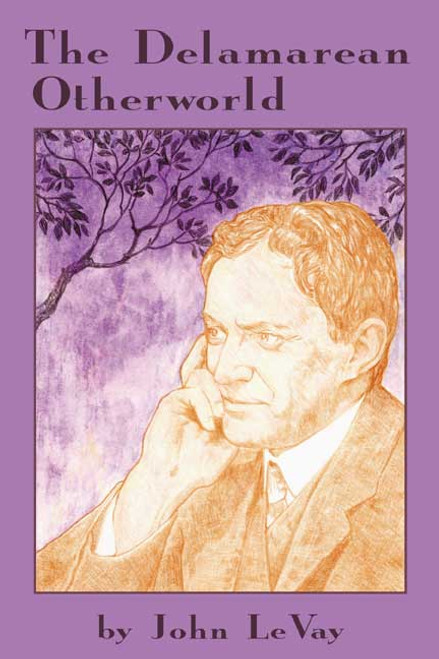 by John LeVay Walter John de la Mare (1873-1956) was born and died in suburban London and spent almost all of his long life the Home Counties, but his adventurous and volatile imagination more than made up for his homebodiness. His large literary output was surprisingly extensive and various (poetry, novels, tales, plays, and belles lettres), but through it all ran the pervasive sense of what he called the otherworld a spiritual, psychic, or fairy world existing continuously just below the surface or behind the veil of the pragmatic, materialistic, workday world and imperceptibly animating it. In this study of the Delamarean Otherworld (his doctoral dissertation), LeVay contends (with extensive documentation) that the ubiquitously present otherworld motif constitutes the thematic center of de la Mares oeuvre. He thus provides an illuminating introduction to an almost-major mid-century writer whose multitudinous animistic, spiritualistic, idealistic, and Gnostic motifs all too often go unnoticed or unappreciated to the detriment of the readers comprehension and enjoyment. LeVay begins his study with an essay on de la Mares concept of the imagination and goes on to cover the four major Delamarean subjects: fairies, witches, ghosts, and angels, and he concludes with a chapter on consciousness (de la Mares take on psychology and epistemology). LeVay has chosen to append to this study seven brief essays in the mode of explication de texte, which are, in general, germane to the matter of the thesis. ABOUT THE AUTHOR John LeVay was born in Toronto in 1933 and was for the most part educated in that city (Ph.D. from York, 1984). He is a lifelong student of literature and natural history and is now a fulltime hermit living in a remote cottage in the Kawartha Lakes district of Ontario. He taught English literature (a Victorian specialist) for thirty years in four Canadian universities and did one year of post-graduate work in London, England, at which time he visited de la Mares houses and haunts. He has previously published a translation of Pierre Lotis novel My Brother Yves (2004) and, with Simon and Pierre of Toronto, Margaret Anglin: A Stage Life (1989). (2007, paperback, 194 pages) Availability: Usually ships in 2-3 business days.
×

The Deep Roots of the Olive Tree

The Demon's Fight: It Starts with the Truth

The Days of Remembrance

The Dhampyr and the Regent

The Demotion of a Dean: Why Another New York City Teacher Rushes to Retirement

The Dance of a Lifetime