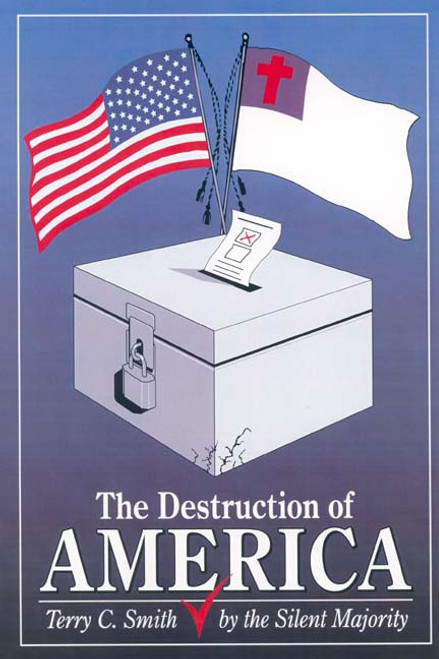 by Terry C. Smith The Destruction of America by the Silent Majority is a compelling plea by one American to restore this country to the glory of the past and protect it from its current destructive path. Herein are facts, opinions, and ideas on the topics of religion, politics, and social programs from historical, current, and future perspectives. If you enjoy a book that educates you, makes you think, and allows you to dream, Terry Smith has written the book for you. Expressing well-thought-out and well researched suggestions for changing societal ills caused by the government in America today. The author makes a persuasive argument for following the ethics and morals upon which this country was founded. We are here for a divine purpose, and we are currently falling extremely short of that purpose. But its not too lateyet! ABOUT THE AUTHOR Terry C. Smith was born in San Angelo, Texas, but was raised in Southeastern New Mexico in the small town of Hobbs. After almost six years in the United States Navy and a fulfilling career in the communication industry, he found himself retired at the young age of fifty-two. One day, while contemplating the direction of the second half of his life, he developed a burning desire to become an author and write a book he hoped would have some impact on the very culture of the country he loves. (2005, paperback, 68 pages) Availability: Usually ships within 2-3 business days.
×