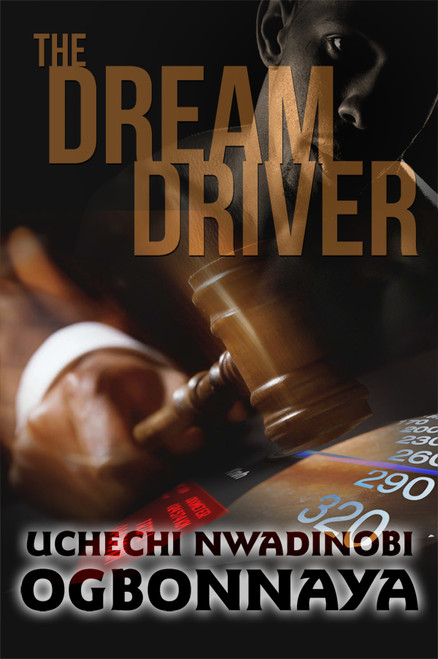 The Dream Driver tells the story of William Obi, a humble, honest and meticulous young man who, through determination and perseverance, studied law. After his call to the Nigerian Bar, the level of unemployment and challenges of starting a life as a new wig made him look like a never-do-well. Every attempt he made to rise above his poverty level nearly proved abortive. Yet he was determined to live his dreams. His honesty, humility, and meticulousness, which his learned colleague, Azundu, perceived as weakness and not suited for the present days realities, later became cherished character traits.

His life was surrounded by unsolicited prophecies. According to Prophet Isaac, he was destined to be great, a celebrity in the world. However, he mightve killed someone or been killed if his mother did not pray adequately for God to avert the ugly fate. That did not pose any problem to William Obi. There was another prophecy directing him to pray against marrying another mans wife. This one haunted his heart as he lost his first love on his way to his dreams.

Against all odds, his talent as a great poet discovered him. He was uplifted beyond imagination as his war poem he recited at the British Council Building did magic. A British professor, Mr. Kite, worked for his invitation to the British Embassy to process his visa to the U.K. for his masters degree and vocational training in literature. His poem was also short listed among the three outstanding poems for an annual award.

Uchechi Nwadinobi Ogbonnaya (Galaxy) was born in 1974 in Eluama Lodu Imenyi, Bende Local Government Area, Abia State of Nigeria. He received his primary education at Community School Lodu Imenyi. He attended Uzuakoli Secondary School, Uzuakoli from 1991 to 1996, where he founded (1994) and became the president (1995) of the defunct Dramatic Club with the approval of the then principal of the institution, Mr. N.N Ogbonnaya.

He wrote a play, Outrageous Love, for the club in 1994; it was put on stage until the death of his literature teacher, Mrs. Grace Emenike, who was the patron of the club until her death in 1995.

In 1999, he gained admission into the Abia State University, Uturu (ABSU) where he obtained his Bachelor of Laws degree (LL.B) in 2004. In 2005, he proceeded to the Nigerian Law School, Bwari Abuja Nigeria, where he obtained his Barrister-at-Law (BL.) degree and was called to the Nigerian Bar in November 2006. He is currently a legal practitioner residing and practicing in Umuahia, Abia State of Nigeria.

The Eater at the End of the Book

The Dream That Would Not Die

The Dragon, the Princess, and the Cobbler's Son