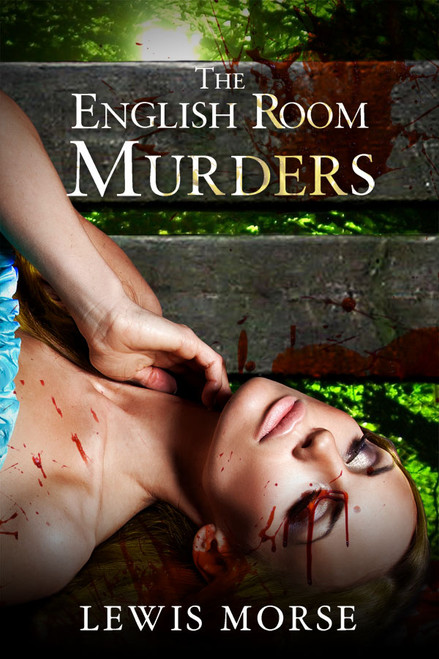 A beautiful blond lies dead at a tourist site, fresh blood still oozing from two bullets in an eye. The setting is The English Room of The Nationality Rooms at the University of Pittsburgh.

Orin Underwood, craggy faced, womanizing chowhound, divorce, professor of Elizabethan literature at the University, former Army CID man, is in the English room with Sergeant Henry Bruce, Homicide, Pittsburgh PD. A ten-year-old girl, Audrey Macik, found the body on a backbench while touring the Nationality Rooms with her parents. Audrey started screaming at ten after ten. The victim was not part of the nine people tour group. Madge Keck, one of the tourists eventually realizes she noticed someone leaving the group during the tour! She cant remember anything about the person. She is murdered during a reenactment of the crime. The case centers around a rare book forgery by the murdered woman, Joyce Diethorn, owner of a book shop. The rare Tennyson, worth $200,000, and other collectors items are involved.

One of the tourists is Helen Riddle. Riddle is a reporter on the leading local newspaper. She is a delicious package to Orin. She has wantonness and earthiness that stirs him. Helen catches on to Orins interest and responds seductively to him for several chapters.

The reader learns much about rare books.

While conversing with the dead Joyce Diethorn, Underwood has a remarkably brilliant insight into the matter and solves the two murders.

Lewis Morse is an industrial Chemist who has published technical works and has many patents. He chooses to live in a cultural district of Pittsburgh, surrounded by universities, libraries and museums. Morse also attends seminars in various branches of chemistry, and audits courses. He is a past president of The Pittsburgh Chemists Club, and of the Amer. Chem. Soc. Polymer Group and is currently a member of the Dickens Fellowship of Pittsburgh.

The Era of Unchained Voices

The Essential 20: Twenty Components of an Excellent Health Care Team

The Emigrant and the Exile

The Epidemic of Teen Pregnancy: An American Tragedy

The Emerald Mountain by Jeanne A. O' Donnell