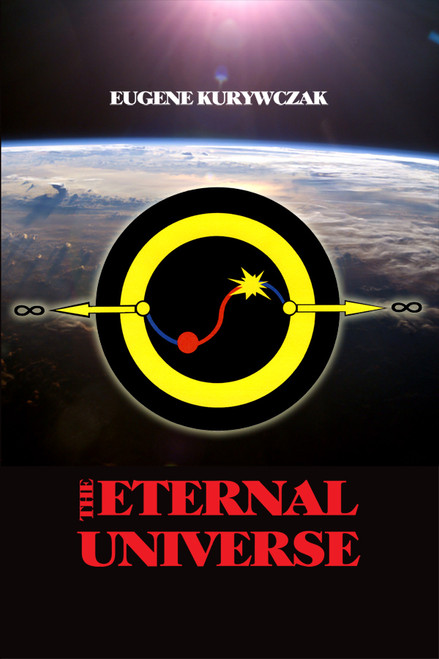 The Eternal Universe
by Eugene Kurywczak

Old science teaches, before the universe came to be
There was nothing.
Nothing somehow evolved an agglomeration of matter.
That matter contained everything; was very hot and exploded.
Thus the light, falsely named the Big Bang.
Todays science says
Energy/Matter are one, thus eternal, they only change state.
Religion teaches
In darkness was the intelligent eternal God I AM.
In darkness, I AM commanded, Let there be light.
In time it came to pass, the Light came to be.
By that command He also created man, because we are.
As a student of science and religion, the author
Concluded and states: Todays science supports religion.
From Gods energy of Will came to be,
The eternal universal mass and The Everlasting Intelligence,
For those created in the Image of God.

The author was born in Western Ukraine, then occupied by Poland, on November 22, 1933. In 1944 his family escaped the advancing Soviets by bribery to get a spot on a train to Germany. There they lived in displaced persons (D.P.) camps. In 1945 Kurywczaks father died from injuries incurred during an air raid. In 1949 he came to America with his mother and two younger brothers. As the eldest, he went to high school during the day and worked during the night.

After graduating in 1951, Kurywczak went to work full time. Three years later he went back to technical school at nights to learn electronics. He worked in the field for forty-five years.

The author was brought up as an Eastern Right (Greek) Catholic. Fascinated by creation, he wondered and studied how the Universe came to be. How he and the dirt are of the same matter, an atom. But the author thinks and imagines, while dirt does not. Now he perceives why and how and wishes to share.

The Eye of Chaos

The Exploit of Identity

The Essential 20: Twenty Components of an Excellent Health Care Team

The Era of Unchained Voices

The Eyes of Mephistopheles