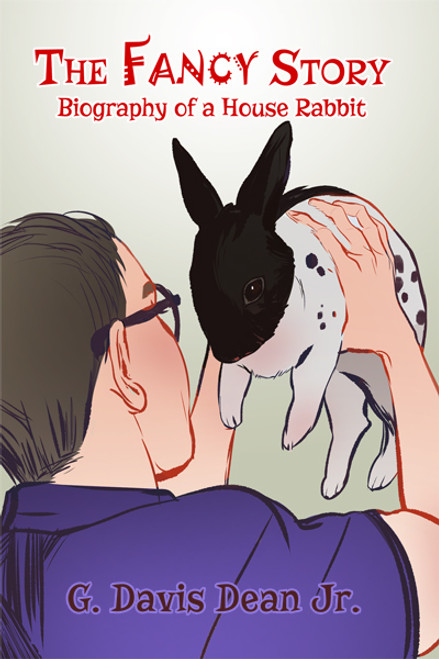 The Fancy Story: Biography of a House Rabbit
by G. Davis Dean Jr.

Every animal-lover has at least one pet that stands out apart from the rest. It was the good fortune of G. Davis Dean Jr. that he should not be an exception to this general statement. As a youth and young adult living in south Florida, where the climate permitted it, Dean collected his own menagerie of snakes, turtles, lizards, guinea pigs, aquariums of tropical fish, and even a parakeet. Oddly, there was never a rabbit in that picture. Somewhat sadly, as Dean grew more settled, this love gave way to other concerns, ranging from schooling to career. However, as Dean became more established, his love and fond memory for his animals began to reemerge. Eventually, his first and only rabbit to date came into the picture: Fancy. In telling the story of Fancy, Dean discovered another value to it: that being to touch upon all of the very issues which make for responsible pet ownership.

Born on May 27, 1959, in Miami, Florida, G. Davis Dean Jr. was supported and encouraged in his early love for animals. His parents were very willing, within reason and good parental judgment, to dote on his childhood interests, including learning to fish and to hunt; but in particular, to keep and care for pets. Dean is the author of several books on Christian subjects available through RoseDog, but this is his first animal story and his first book written for children and young families. He currently resides in Fort Wayne, Indiana.