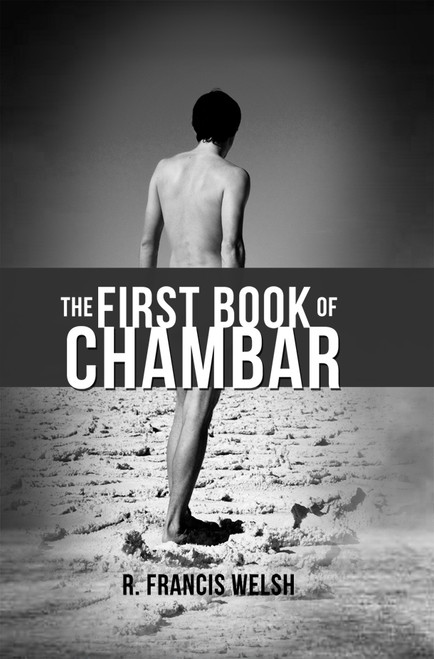 He was a man fully grown- born into a completely unfamiliar world that was full of challenges and dangers- his mind had been wiped as clean as a slate. Consciousness came slowly, reality even slower. He was naked and alone. No family no friends no people… not even a name. Physically he was intact. Only minor scaring on his lower legs and a sore neck. He coughed up water from his chest and realized the air was heavy with water, there were rainbows dancing in sight everywhere. It was a strange new world that offered nothing but unfamiliar landscape full of mushroom looking vegetation that went on flat and forever. He looked up into a sky that had two suns in it… very strange. His plan was to follow the suns, his goal was to survive, his ultimate destination was to find his identity. The search was long and filled with an arduous learning and adapting time. Finally coping with this world as it existed he eventually comes into contact with people not too unlike himself. Knowing that he has not reached his final goal, he must again adapt, learn and be part of something bigger than a bare survival mode. Fitting into this somewhat primitive community he will find himself able to make positive contributions that bring him into leading role. His creative and imaginative thinking will even help him to assist his new people in fighting an unfortunate war that is threatening their very existence. Does he find himself? Before every beginning there must be an end.

Born and raised on various Indian Reservations from the Great Lakes of Wisconsin to the Rocky Mountain of Montana and Wyoming, R. Francis Welsh and his two brothers grew up with the Native American children of several different tribes on different reservations. Upon graduating from High School in Montana, R. Francis enlisted in the newly formed U.S. Air Force Security Service, he served during the entirety of the Korean conflict and was honorably discharged into the active reserve as a S/Sergeant. Finding home in Boise, Idaho he attended Boise Jr. College on the GI Bill and then the U. of Colorado, majoring in Journalism. Eventually returning to his adopted home in Boise, he met his first wife and had five children. Being drawn to a more vital community they raised their young family in the San Francisco Bay area, between the start-up of Silicon Valley and volatility of the east bay, Berkley U. The congestion of the Bay Area prompted R. Francis and his new bride to pack all their worldly goods into a trailer behind a new yellow Jeep wagon and head for the hills of Idaho. They settled in the world famous ski area of Sun Valley, Idaho. In this small town metropolitan atmosphere with its part-time celebrity residents and past celebrities such as Hemingway, Eastwood and Willis along with the international community that came and went with the seasons… they found their home. Living, working and playing there for the next 25 years. This first full novel was finished in this era… the book was complete. FULL CIRCLE… retiring in 2005, R. Francis and his wife moved back to Boise, Idaho. They reside there today in a modest home in the foothills of northwest Boise. In this active growing, vital community they pursue their mutual love of the game of tennis. First set… first game… score: love love.