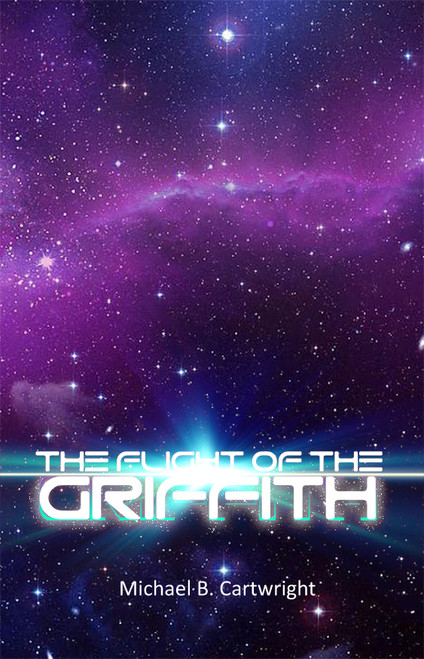 The Flight of the Griffith
by Michael B. Cartwright

The Flight of the Griffith follows the story of the crew on a spacecraft sent to a distant planet for exploration and collection of data. There is the Captain; his co-pilot; radio man-navigator; an astrophysicist; and the only woman on board, a planetary statistical physicist. Their voyage begins uneventfully, but what soon follows is an experience they will never forget. Deep in space and on an uncharted planet, their journey becomes a fight for survival. Whether they survive or not depends on their combined physical and intellectual prowess.

The Flight of the Griffith is a science fiction tale with thrills, mystery and a touch of romance.

Michael B. Cartwright has been writing for over thirty years. Born in the 1950s and being an avid reader and television viewer has provided him with a fertile imagination.

Now, Cartwright is retired after fifty-two years of working and would like to spend more of his time writing. He has compiled numerous stories over the years. Cartwright feels there is no greater joy for an author than to share his journey through an adventure. The time spent writing is enjoyable and challenging; he would tell anyone who would listen to put their thoughts into writing.