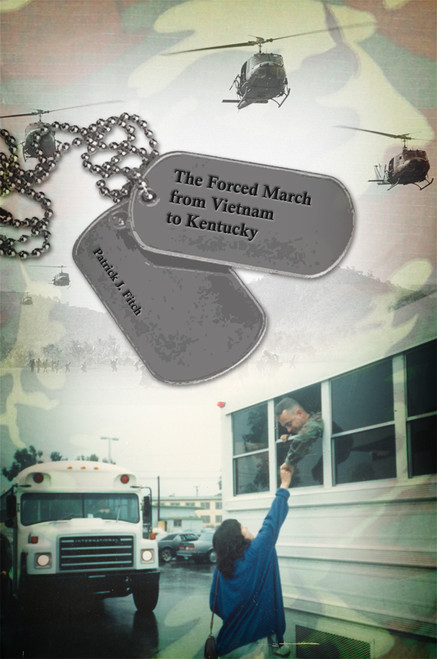 The Forced March from Vietnam to Kentucky
by Patrick J. Fitch

More than 20 years in the classroom and 16 in the Marine Corps prompted retired gunnery sergeant Patrick J. Fitch to write an ode to the Boomers of his generation and the many Millennials that followed whom he taught in high school.

The vignettes cited within invite the reader to share both the harsh realities of combat that honed his survival skills and enabled him to confront PTSD not devolve into self-destruction, but make the difficult, necessary adjustment back to The World.

Patrick J. Fitchs trek began in 1965. Many of his peers never made it back, literally or figuratively, from Vietnam. Honed by the forge of his memory, his words are both spiritual and rambunctious, but never dull. The dark melancholy of his combat experience never sabotaged his zest to both overcome and adapt. True veterans of all ages know combat alters but does not have to paralyze the rest of life.

Fitch hopes his experience will help renew a new generation of warriors wounded physically or emotionally from Iraq to Afghanistan, return to stasis and continue to be the driving moral and patriotic bulwark that propels this country forward into the 21st century.

Fitch would like to send out a special thanks to Mary De La Hosa of the Vista Veterans Center in Vista, California. Her two-year therapy sojourn with him helped clear his fog of war. She was and is an intimate inspiration and motivation for this book.