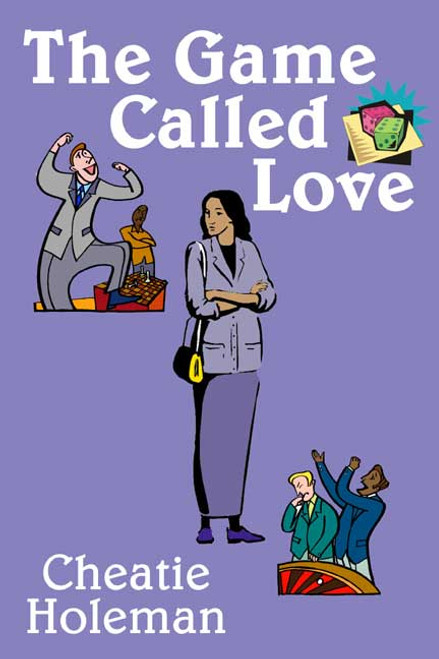 by Cheatie Holeman Lie, screw, and/or make love-women are taking chances and doing things that men would normally do. There is a difference, you know! Women take risks by lying and remembering their lies. You know the song "Try to Remember"? That's something that men can't do. Women do it well. Where they make their mistake is when they tell a secret. A secret is not a secret if you tell somebody, especially another woman. Women always have it going on. They just lose control. They love and lust but don't know the meaning of the words. What they think is love isn't. They love for all the wrong reasons. Some women want to play the game and don't know how. Other women can beat any man at the game. You can find out how and why in The Game Called Love. Men, women, and brothers on the down low, women get them all. They just want the money and the sex. Some women want companionship. They cheat and stay satisfied in The Game Called Love. ABOUT THE AUTHOR Cheatie Holemans first novel, The Girls Got It Going On, tells it like it is. She has seen it allpolitics, bureaucracy, the hookers, the pimps, you name it. In her new novel, The Game Called Love, she depicts how some women play the game and never get caught. Ms. Holeman interviewed forty women for this novel. Some of their experiences are untold or exaggerated. The names and identities have been changed to protect the guilty, not the innocent. Cheatie Holeman was born in South Boston, Virginia. She has held various jobs in the government with the U.S. Army Ordnance Center and School (USAOC&S), the Marine Corps Institute (MCI), the Department of Energy (DOE), the Department of Justice (DOJ), and now the Department of Homeland Security (DHS). Cheatie is also currently working parttime at the Holiday Inn Express while maintaining her position at the DHS. (2006, paperback, 116 pages) Availability: Usually ships in 2-3 business days.
×

They Called me Pete - eBook

They Called Me Pete