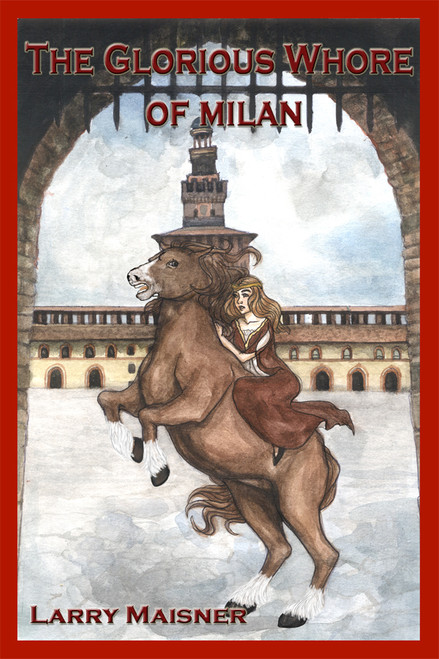 The Glorious Whore of Milan
by Larry Maisner

Renaissance Italy: a country exiting the Dark Ages and vibrant with advances in the Arts, Sciences, Humanities, Music, Politics, and Medicine. It was also a country suffering from the intrigues of neighboring nations and the venality of the landed gentry, both eager to dip deeply into the wells of the nations swelling fortune.

Who or what could save the budding dominion from rape and ruin? It took a young, visionary genius from an immigrant family. She finds an extraordinary way to ease the suffering caused by cruel grasps for power and the indifference of the Mother Church.

Larry Maisner was born in London, England, where he survived a typically English public school education. Enlisting in the United States Air Force, he graduated from electronics technical school and served overseas.

As an engineer and engineering writer in the aerospace industry, he was involved in the documentation of several programs related to the Global Positioning System (GPS), marine navigation systems, and industrial robotics. He writes technical books for bread and sports books and novels for love, having studied creative writing at the UCLA Writers Workshop. There, his creative writing skills were honed by the late film producer/writer Leonardo Berkovici, award-winning novelist Richard Setlowe, and film writer Michael Levin.

Larrys first published novel, Engines of Corruption, is a grim chiller of a political thriller. His second work is a literary fiction novel, From a Gentle Lantern. Larry is a member of the Independent Writers of Southern California, through which he shares a collegial literary interchange. He is at home in Encino, California, with wife Val and Maltese Terrier Trevor.

The Global Internet Encyclopedia and Comprehensive Reference Guide, Volume One: Medicine and Health

The Hermit by Elizabeth Noble

The Gift: The Myth Behind the Apple Star